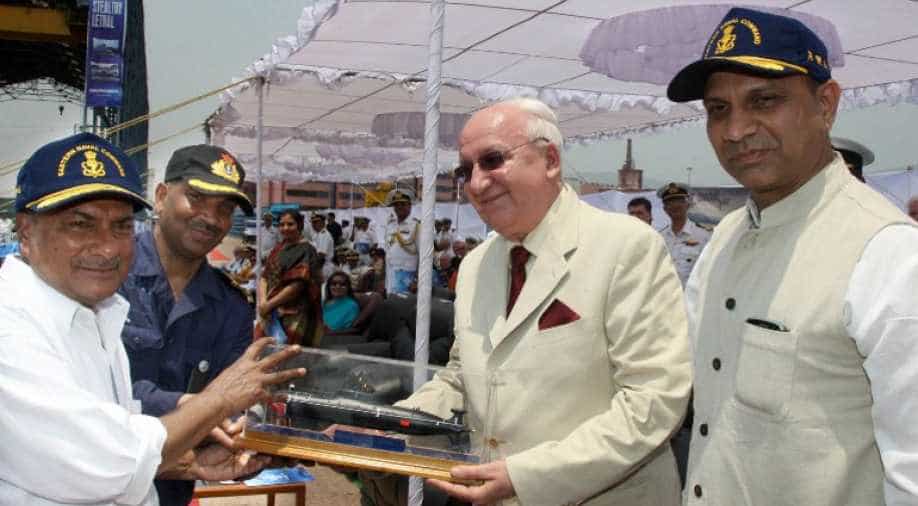 Alexander Kadakin had been the Russian ambassador to India since 2009. Photograph:( AFP )

Kadakin, who started his diplomatic career in 1971, served his first term as Russian envoy to India between 1999 and 2004. He was appointed as ambassador to India for the second time in 2009 and was holding the appointment ever since. He was also the Minister Counselor of Russia to India between 1989 and 1992.

The Russian Embassy said in a statement that Kadakin was "closely associated with promoting India-Russia relations".

"He passed away in a New Delhi hospital after a brief illness," it said.

India's PM Modi condoled his death, calling him an 'admirable diplomat, a great friend of India.'

Deeply saddened at the passing away of Ambassador Alexander Kadakin.

Deeply saddened at the passing away of Ambassador Alexander Kadakin.

Deepest condolences on sad demise of Russia's Ambassador to India, Alexander Kadakin who spent long years here and was true friend of India

External Affairs Ministry spokesperson Vikas Swarup said in his death India has "lost a valued friend who nurtured India-Russia relationship for many decades as a distinguished Russian diplomat".

A fluent speaker of Hindi, Kadakin amazed many Indians with his good knowledge of Hindi and Indian culture. He was a familiar face at most official and diplomatic events.

Kadakin was reportedly instrumental in playing the balancing act between Moscow and New Delhi after India grew closer to the US. He also helped clear New Delhi's misconceptions when Russia moved closer to Pakistan.