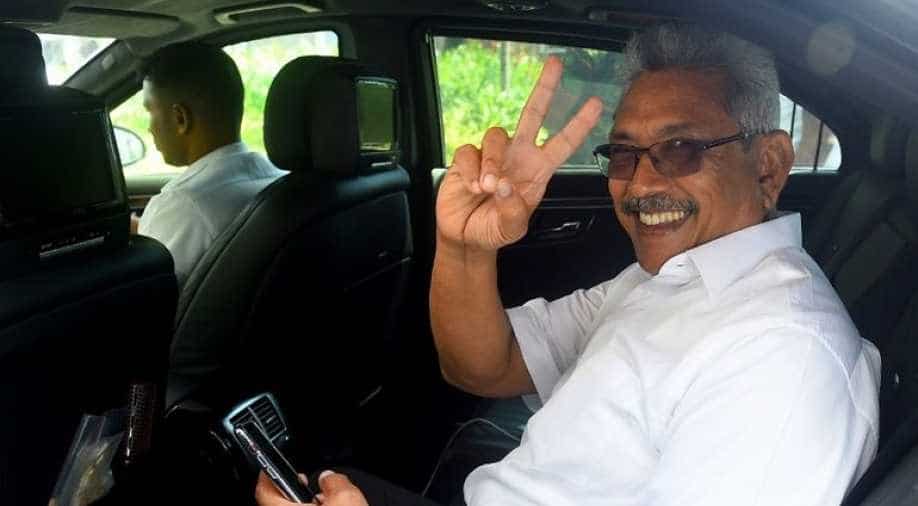 Gotabhaya Rajapakse vowed on Tuesday that if elected he will scrap investigation of war crimes committed when his brother was in power.

Gotabhaya was defence secretary during his brother's rule, when troops were accused of killing up to 40,000 Tamil civilians while crushing the Tamil Tigers.

A later government co-sponsored a US-led resolution to appoint an independent panel to look into the actions of both sides in the final stages of Sri Lanka's bloody separatist conflict, although it was never formed.

But on Tuesday the 70-year-old Gotabhaya said he would not honour the commitments made to the UN Human Rights Council, saying people needed to "move on"

In response to questions by AFP about Sri Lanka's wartime human rights record, he said: "Why are you talking all the time on the past. Ask (about) the future.

"I am trying to become the president of the future Sri Lanka. So if you concentrate on the future, it is better."

He said even the Tamils were more interested in jobs, education and infrastructure than raking over the past.

The Rajapakses insist no civilians were killed by government forces in the latter stages of the war, and accuse the rebels of using tens of thousands of civilians as human shields.

Mahinda Rajapakse's administration was on the verge of international sanctions because of its refusal to investigate the alleged war crimes when he was defeated at the January 2015 elections.

Gotabhaya Rajapakse was addressing the press Tuesday for the first time since launching his bid to become president in an election scheduled for November 16.

The presidential poll has attracted a record 35 candidates, with nearly 16 million people eligible to vote.