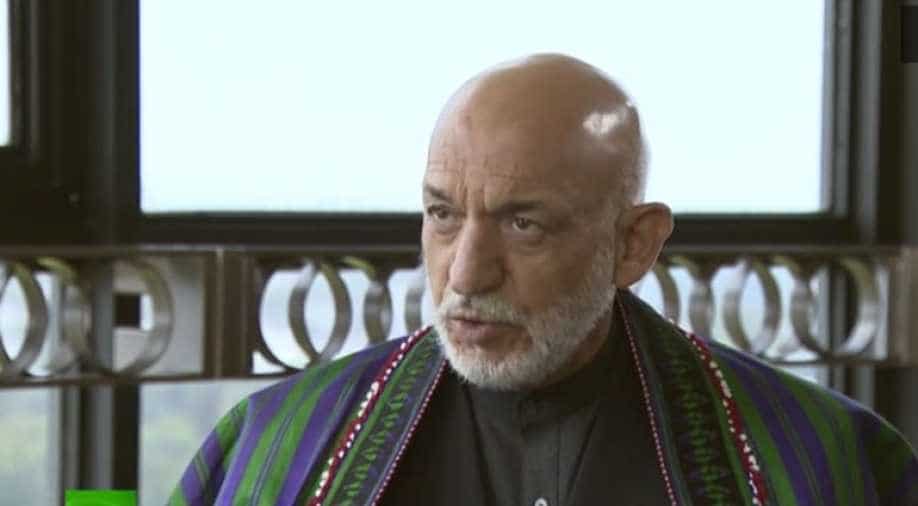 The Jamaat-ud-Dawah (JuD) is believed to be the front organisation for the Lashkar-e-Taiba (LeT) which is responsible for carrying out the 26/11 Mumbai attack that killed 166 people. It has been declared as a foreign terrorist organisation by the US in June 2014.

"Oh, there is plenty of evidence. And, everyone knows that," Karzai told reporters on the sidelines of the 'Raisina Dialogue' here, when asked about the clean chit given to Saeed by the Pakistan prime minister.

Abbasi, during an interview to Geo TV on Tuesday, had referred to Saeed, the chief of the JuD, as 'sahib' or 'sir'.

"There is no case against Hafiz Saeed sahib in Pakistan. Only when there is a case can there be action," the prime minister had said when asked why there was no action against Saeed.

The JuD chief was released from house arrest in Pakistan in November.

Oh! There is plenty of evidence, everyone knows that! :Hamid Karzai, Former Afghanistan President on Pakistan PM's statement that there is no evidence against Hafiz Saeed pic.twitter.com/OS6QQj5Onn

After his release, Saeed had confirmed that the JuD will contest the 2018 general election under the banner of the Milli Muslim League (MML), which is yet to be registered with Pakistan's Election Commission.

When asked about the suspension of military aid by the US to Pakistan, he said, "They should do all they can, through political, and economic and other means, to bring Pakistan to a recognition, the

Pakistani Army and Intelligence, that the use of extremism as a tool, is no longer tolerated by the world."

The former Afghan president, when asked how the current Afghan government was dealing with Taliban extremism in that country, he said, "They are doing their best."

They should do all they can, through political, economical & other means, to bring Pakistan, their Army & Intelligence, to recognition that the use of extremism as a tool is no longer tolerated by the world: Former Afghanistan President Hamid Karzai on US' aid-cut for Pakistan pic.twitter.com/LIGVCCV1Xj

Earlier taking part in a panel discussion on a topic 'Afghan Poser', he asserted that Afghanistan is a "deeply cultured society" and not what the western media portrays it to be.

"They show us (Afghanistan) as savages. If I lived in America, I will be very pessimistic about Afghanistan," he rued.

On Taliban extremism, he said, "Part of the problem in Afghanistan is foreign-born and part is our own. The Daesh is not our product, Taliban is from our villages and we have to bring these extremists to peace. We can't ignore them."

Minister of State for External Affairs Gen (retd) V K Singh said, "India's interest lies in ensuring that Afghanistan becomes a prosperous country again, as it historically, geographically and culturally, has been as a trade route."

"And, the way ahead is through development and improvement in economy," he said.