Pakistan hands over stray soldier to India in 'goodwill gesture' 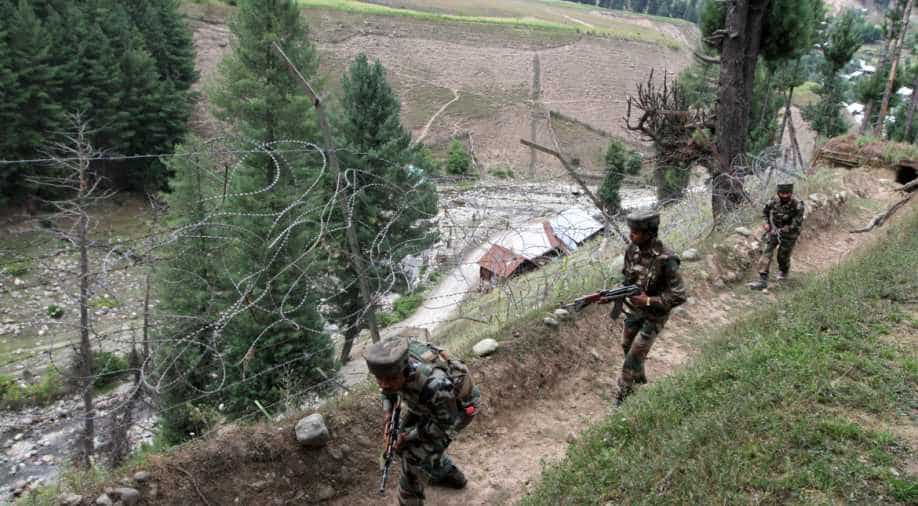 India says Chandu Chavan had 'inadvertently' strayed to the other side, while Pakistan claims that the soldier had wilfully crossed over. Photograph:( Getty )

An Indian soldier, who had strayed "inadvertently" into Pakistan hours after India's allegedly conducted 'surgical strikes' in Pakistan-administered Kashmir last year, has been allowed by Pakistan to return home.

Pakistan's decision to return 22-year-old Chandu Chavan back to India is primarily aimed at improving strained ties with India.

#FLASH Pak handed over Sepoy Chandu Babulal Chohan, who inadvertently crossed the LoC on 29 Sep 2016, to Indian authorities at 1430 hrs.

"As a gesture of goodwill and in continuation of our efforts to maintain peace and tranquility along the LOC and Wagah Border, Sepoy Chandu Babulal Chohan has been convinced to return to his own country and will be handed over to Indian authorities at Wagah Border on humanitarian grounds," Pakistan Army's media wing, ISPR, said in a statement on Saturday.

Sepoy Chandu Babulal Chohan to be returned at 3 PM via Wagah Border, Punjab;he'll be debriefed & a spl medical check-up will be carried out.

Soon after his release, Chavan's brother thanked the Indian government for its efforts to bring him back.

Thankful to GoI;indebted to MoS Defence Subhash Bhamre ji & others for their efforts to bring him back-Sepoy Chandu Babulal Chohan's brother pic.twitter.com/T47a9Wz4cD

On September 30 last year, Chavan had inadvertently crossed over to the other side of the LoC and was captured by Pakistani troops.

The Indian Army had said at the time that the soldier, who belongs to the Rashtriya Rifles, was not involved in the 'surgical strikes' on terrorist camps which took place on September 29.

Pakistan's Inter-Services Public Relations put out a tweet suggesting that Chavan, who was posted in a post along the Line of Control -- the de facto line separating India and Pakistan -- had "wilfully" crossed the border due to "grievances of maltreatment against his commanders".

Pak Army returning Indian sldr #Chandu Babulal Chohan to India as goodwill. He deserted to Pak on 29 Sep 16 on grievances against his comds. pic.twitter.com/YtOkh7WZE0

Relations between India and Pakistan nosedived last year after four militants, who New Delhi claims were supported by Islamabad, launched a deadly attack on an Indian Army installation in Kashmir on September 18. Subsequently, India retaliated by allegedly entering Pakistan and striking bases belonging to militants planning to wage attacks across the border.