Not happy to be here without Asia Bibi, her lawyer says in the Netherlands 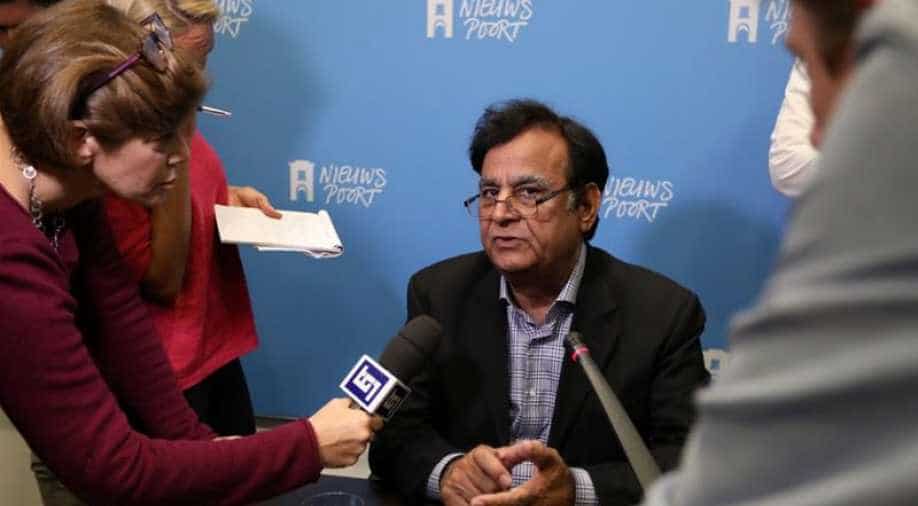 'I pressed them (the UN, and EU ambassadors) that I would not leave the country unless I get Asia out of the prison... I am not happy to be here without her but, but everybody said that you are the prime target at the moment and the whole world is taking care of Asia Bibi,' Saif-ul-Malook said.

The Pakistani lawyer who saved a Christian woman convicted of blasphemy from death row said Monday that the UN and EU made him leave the country "against my wishes" because his life was at risk.

Saif-ul-Malook, who has fled to the Netherlands, said he contacted a United Nations official in Islamabad after Islamist violence erupted following the Pakistani Supreme Court's acquittal of Asia Bibi on Wednesday.

"And then they (the UN) and the European nation ambassadors in Islamabad, they kept me for three days and then put me on a plane against my wishes," the lawyer told a press conference in The Hague.

"I pressed them that I would not leave the country unless I get Asia out of the prison... I am not happy to be here without her but, but everybody said that you are the prime target at the moment and the whole world is taking care of Asia Bibi.

"They were of the view that I was the prime target to be killed, and that my life was in imminent danger. For three days they did not let me open the door, one day I called the French ambassador and said I do not want to be here."

The lawyer had previously told AFP before his departure on Saturday that he was leaving because "in the current scenario, it's not possible for me to live in Pakistan".

Saif-ul-Malook arrived in The Hague at the weekend after a short stopover in Rome, with the help of the HVC Foundation, a Dutch group that focuses on the human rights of Christian minorities.

Asia Bibi spent nearly a decade on death row after being accused of blasphemy after a dispute with fellow villagers. The charge is an inflammatory one in Muslim-majority Pakistan.

But she remains in Pakistan after Prime Minister Imran Khan struck a deal with with the Islamist hardliners behind the protests.

Saif-ul-Malook dismissed the deal as a "face-saving" exercise for the hardliners from the Tehreek-e-Labaik party and insisted that Asia Bibi would "100 per cent" be freed soon.

"This compromise is nothing but a piece of paper that can be thrown in the dustbin," he said.

It was not clear whether Bibi had had any firm offers of asylum if she does leave Pakistan, added the lawyer, who said he was "legally authorised" to choose a country for her.

The lawyer said a UN official in Pakistan told him "we are taking care of her" but that "when I said which country, they said we can't say.

"I asked the French ambassador 'would your country be willing to offer asylum to Asia Bibi. He said if you request us legally, I said 'OK I request her'."