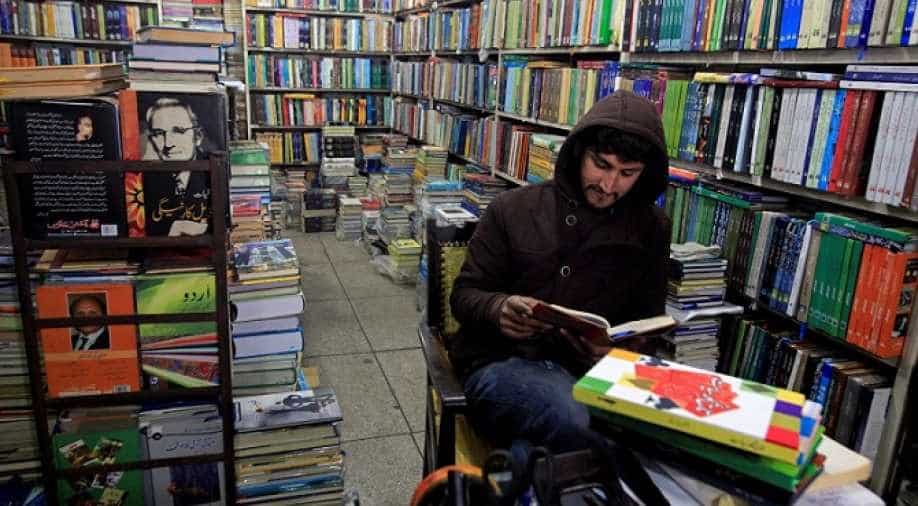 A man reads a book as he sits at the Fiction House - Publishers & Booksellers office in Lahore, Pakistan January 7, 2020. Photograph:( Reuters )

Hanif said people claiming to be from the Inter-Services Intelligence (ISI) "barged into" the office of his publisher in Pakistan's largest city, Karachi, and confiscated all copies of his books this week.

Men identifying themselves as Pakistani intelligence officials raided a publisher's office and confiscated copies of a satirical novel about the death of a former military ruler, its author said on Tuesday.

In his novel entitled "A Case of Exploding Mangoes", Mohammed Hanif, one of Pakistan's best-known authors, satirizes former military ruler General Zia ul-Haq and the circumstances surrounding his death in a mysterious plane crash in 1988.

Hanif said people claiming to be from the Inter-Services Intelligence (ISI) "barged into" the office of his publisher in Pakistan's largest city, Karachi, and confiscated all copies of his books this week.

On Tuesday, they returned, seeking a list of distributors and sellers of the novel, Hanif told Reuters by telephone.

"They were polite ... but didn't show any identification or a search warrant," he said.

A spokesman for the military denied the allegations, adding the military had no interest in confiscating books and pointing out that Pakistan did not have a large readership for novels.

The military has ruled the nuclear-armed nation for nearly half its history and is considered to have a major influence over the government.

Critics including rights groups allege the military limits civil liberties, muzzles the media and pushes back against any form of criticism of the armed forces. The military denies such charges.

Hanif, who is also a regular columnist for The New York Times, has been critical of the military in the past.

His novel has won international acclaim since it was first published in English in 2008 and was last year translated into Urdu to reach a wider audience in Pakistan.

On Tuesday, a representative of a popular bookshop in Lahore, Fiction House, said a man who said he was associated with the military visited the shop and asked questions about the book, including how many copies had been sold.

The military's spokesman denied having sent anyone to the shop.

In the novel, Hanif caricatured Zia as a superstitious and insecure leader whom several people wanted to assassinate.