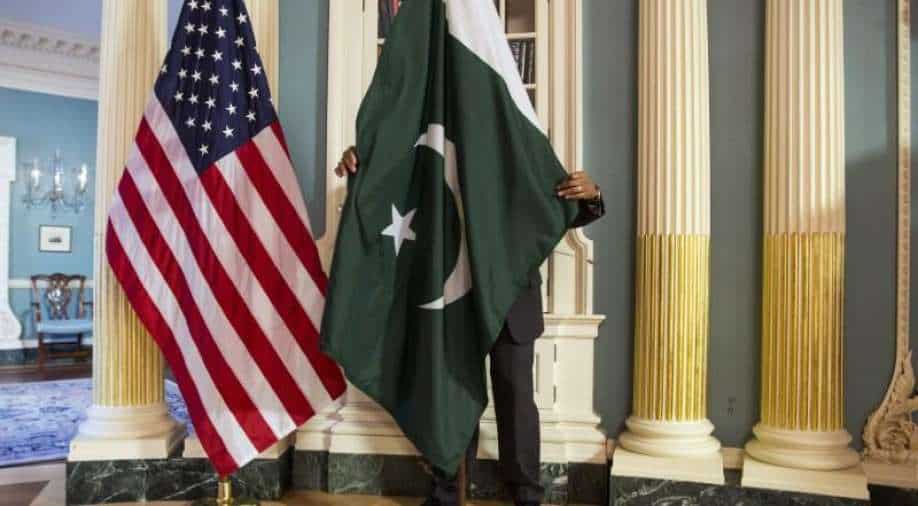 Flags of US and Pakistan Photograph:( Reuters )

Qureshi on Sunday asserted the world has changed a lot in the last four years and any engagement and relations should be developed on the basis of new ground realities.

Pakistan is ready to work with the new US administration, Foreign Minister Shah Mahmood Qureshi has said.

Qureshi on Sunday asserted the world has changed a lot in the last four years and any engagement and relations should be developed on the basis of new ground realities.

Under the Trump administration, the relations between Pakistan and the US were chaotic. But now, Qureshi said while addressing a press conference in Multan, the Pakistan government was ready to work with the new US government and hoped that the Biden administration would be guided by a "new approach and new policy guidelines."

"I understand that there is a lot of similarity between the current thinking in the United States and our policies."

Qureshi said that he in a letter addressed to the incoming Secretary of State Anthony Blinken tried to update him about the positive trajectory of Pakistan's policies with the idea of more talks on the issue of interests with him.

"We have made a very big shift, from a geo-strategic position to a geo-economic position," he said, highlighting the focus of the current government to fix the ailing economy of the country.

The statement came as Pakistan looked forward to build on the improvement in ties with Washington in the wake of peace agreement with the Taliban, which Islamabad claims it facilitated.

"Look forward to working with @POTUS in building a stronger Pak-US partnership through trade and economic engagement, countering climate change, improving public health, combating corruption and promoting peace in the region and beyond," Khan tweeted while congratulating the new US President.