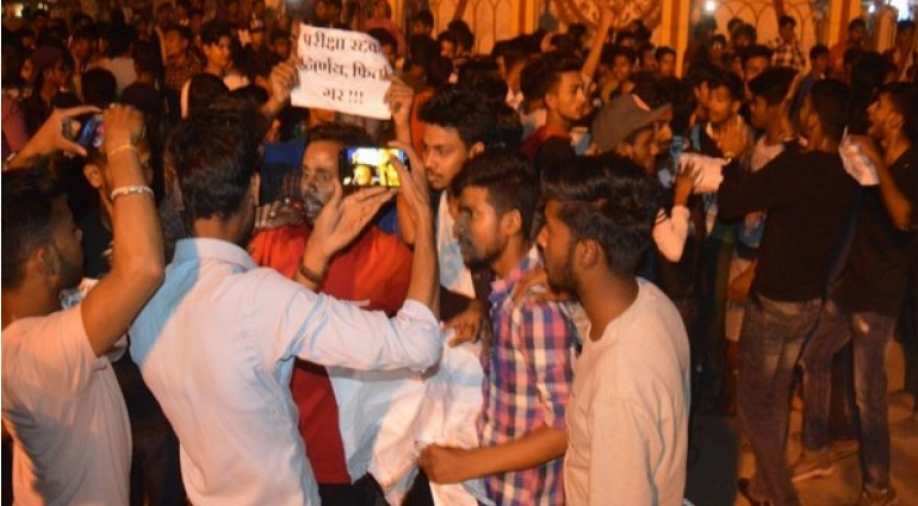 Reportedly, the question paper of Social Studies which was scheduled to be held on Friday was leaked on Thursday evening which prompted the authorities to cancel the exam.

Students in Nepal's Province 2 hit the streets to protest after their exams got cancelled on Friday.

Reportedly, the question paper of Social Studies which was scheduled to be held on Friday was leaked on Thursday evening which prompted the authorities to cancel the exam.

“It is just the gimmickry to cancel the exam. We want our rights, our exams have gone good. If they want to cancel the exam then they should cancel that of C. Math’s or else of whole Nepal,” One of the protesting student from Birgunj told ANI.

Meanwhile, a preliminary investigation carried out by the government has pointed out the Center’s involvement in the incident, the State Minister for Internal Affairs and Law Gyandendra Yadav claimed.

“In our preliminary investigation, we have found that the question leak is not done from the Province no. 2. Because we send the questions an hour before the exam to the centre which is controlled by the security officials. But these questions were released last night; there is suspicion over teachers of Province no. 2 behind the incident which is dismissed.

All 8 district security authorities had probed over it which clearly indicates that no such incidents were performed by the Province- 2. This clearly shows that the SEE question out is made from the centre and there lies conspiracy inside it and an attempt to defame the province 2 is being made,” said Gyanendra Yadav.

Simultaneously, the central government has also initiated a probe into the incident.  The Central Investigation Bureau will investigate the irregularities committed during this year's SEE (Secondary Education Examination), including the leakage of question papers before the examinations.