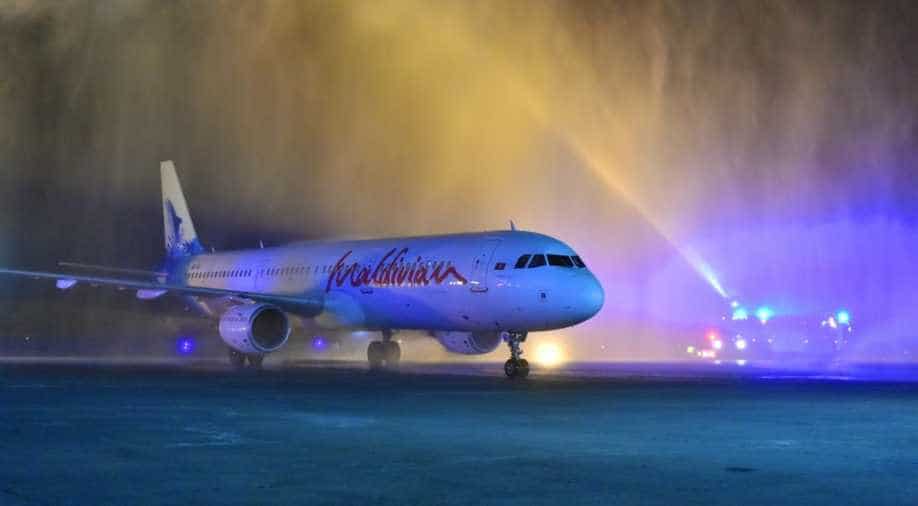 The airport was renamed as part of the efforts being made by to make the airport a gateway for future development and growth. (Photo courtesy: President's office, Maldives) Photograph:( Others )

With the beginning of the new year Maldives re-branded its main airport.

At a ceremony held at Hulhule' island, the Aerodrome license of Velana International Airport was handed over to the Maldives Airports Company Limited by the Maldives Civil Aviation Authority.

President Yameen decided to re-brand the airport during a cabinet meeting held last Monday after Cabinet consultations; focusing on the transformation of the airport in line with the Administration's economic vision.

According to the President's office, Ibrahim Nasir International Airport was renamed as part of the efforts being made by the administration to make the airport a gateway for future development and growth.

There is a huge, ongoing project to develop the airport and the government says upon completion of this project the tourism sector will see significant growth while at the same time the airport would work towards becoming a major hub for distance travel.

For the vital role played by late president and prime minister Ibrahim Nasir in realisng the airport, the re-branded name still represents him, "Velana" is a reference to him.