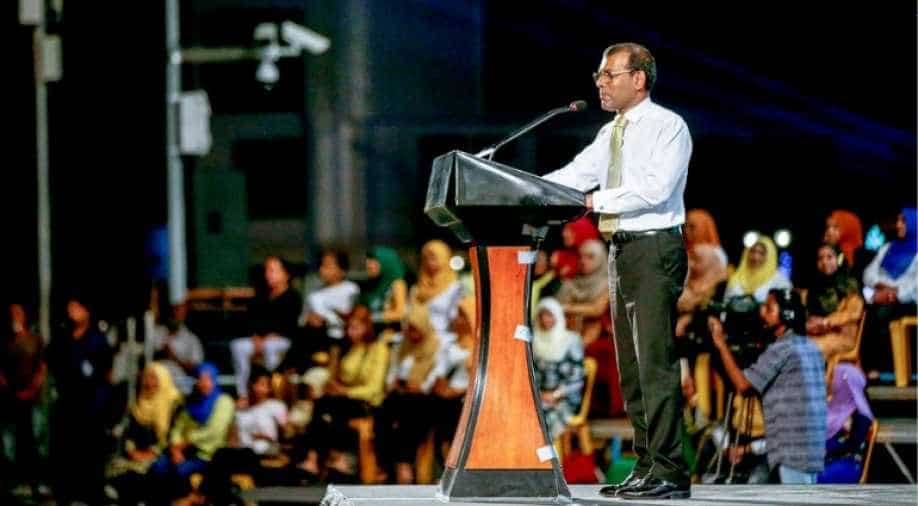 Nasheed was unanimously chosen to head the People's Majlis, or the parliament, by his Maldivian Democratic Party (MDP) which won a near three-quarter majority in the 87-member assembly in April.

The former Maldives president Mohamed Nasheed has been nominated as the country's parliamentary speaker and is set to be sworn in Tuesday, a party official said.

Nasheed was unanimously chosen to head the People's Majlis, or the parliament, by his Maldivian Democratic Party (MDP) which won a near three-quarter majority in the 87-member assembly in April.

"He is unanimously chosen as the Speaker," a party official told AFP. "He will be sworn in at the inaugural session of the new parliament elected at the historic April vote."

Nasheed -- who until six months ago was still in exile -- has vowed to use his party's thumping mandate to usher in a new era of stability and democracy in the Maldives.

The MDP's closest rivals, the Jamhooree Party and Progressive Party of the Maldives, both won five seats. Two minor parties and independents secured 12 seats among them.

The Maldives, a holiday destination popular with honeymooners, is only just emerging from years of strongman rule, political crises and corruption scandals miring the government and judiciary.

Nasheed's comprehensive victory was another rebuke for his rival Abdulla Yameen, who was dumped as president in a shock election defeat in September under a cloud of corruption allegations.

Nasheed was barred from running in the presidential election but his former deputy, President Ibrahim Mohamed Solih, emerged triumphant over Yameen.

Nasheed returned to the Maldives in November after the Supreme Court quashed a terrorism conviction against him.