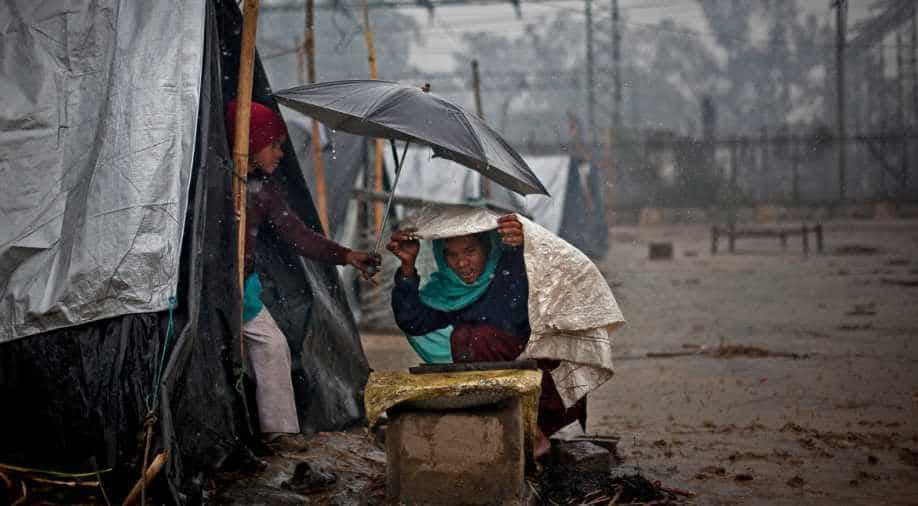 Heavy overnight rains accompanied by thunderbolts at regular intervals had wreaked havoc in the state, injuring many. Photograph:( Getty )

Follow Us
The death toll due to lightning in India's eastern state of Bihar rose to 59 after four more bodies were recovered from Nalanda district on Wednesday.

Heavy overnight rains accompanied by thunderbolts at regular intervals had wreaked havoc in the state, killing over 50 and injuring several others on Tuesday.

Village development officer Ram G Pawan said the victims had taken shelter at a house to avoid rains when lightning hit them, killing four persons on the spot.

"To escape (rain), they took shelter in a house, but lightning struck them. Four persons died on the spot while two others were injured, out of which one is serious, he has been sent (to Patna hospital) through an ambulance," said Paswan.

"Around 10-20 people were sitting, when lightning struck, leaving 11-12 people unconscious, four are dead while the rest are injured," said Ravindra Kumar, a local.

Reports of causalities are also pouring in from other parts of the state. Local authorities said that the death toll is likely to rise.

In the capital city of Patna, 13 people have been reportedly injured in the lightning.

Meanwhile, state chief minister Nitish Kumar, had announced an ex-gratia amount of Rupees 4 lakh ($6,000) for the kin of the deceased.

The southwest monsoon has further advanced in Bihar, covering almost the entire state, including the capital.

The meteorological department has predicted "heavy to very heavy rains" in the state for the next five days.