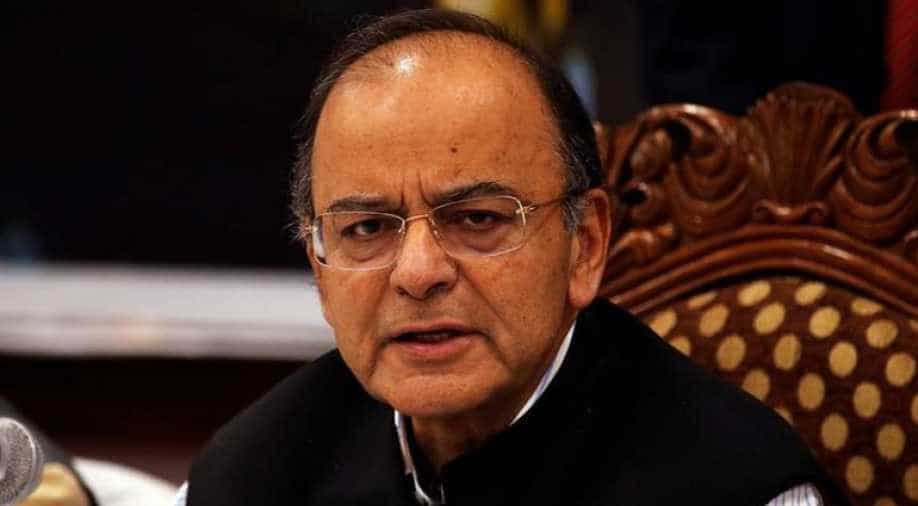 The fresh suit was filed after Kejriwal's lawyer Ram Jethmalani said he had called Jaitley a 'crook' after being instructed to do so by his client. Photograph:( Reuters )

Union Finance Minister Arun Jaitley on Monday sued Delhi Chief Minister Arvind Kejriwal under an additional defamation suit worth Rs 10 crore, after the latter's counsel Ram Jethmalani confirmed that Jaitley was called a "crook" after being instructed by his client to do so.

The fresh suit was filed today in the Delhi High Court after Jethmalani accused Jaitley of being "guilty of crimes and crookery". Earlier on Thursday, amid an ongoing tense round of cross-questioning between Jailtey and Jethmalani, the former was perturbed after being referred to as a "crook" by the 93-year-old veteran lawyer, in his defamation case against the Aam Aadmi Party (AAP) convener, resulting in a verbal spat between the two parties.

Baffled by the "abuse" hurled at him, Jaitley further demanded a clarification from the senior counsel whether this was the result of a personal tiff, to which Jethmalani clarified that the term was used under the instructions of Kejriwal. Developing on this premise, senior advocates Rajiv Nayar and Sandeep Sethi, who were representing Jaitley, alleged that the matter was transcribed as a duel between Jaitley and Jethmalani, rather than Jaitley and Kejriwal.

Jaitley had filed a criminal defamation complaint against Kejriwal and five other AAP leaders for allegedly defaming him in the Patiala House Court, while a civil defamation case was filed in the Delhi High Court.

Jaitley had also filed the suit seeking Rs 10 crore in damages after Kejriwal and five other AAP leaders accused him of alleged irregularities and financial bungling in the Delhi and District Cricket Association, of which Jaitley was the president for about 13 years until 2013.

Earlier in March, in a major jolt to Kejriwal, a Delhi Court put the former on trial in the criminal defamation case. The court had also framed a notice against Kejriwal and other AAP leaders in this case.

The hearing regarding the fresh suit is likely to take place in the Delhi High Court on Tuesday.