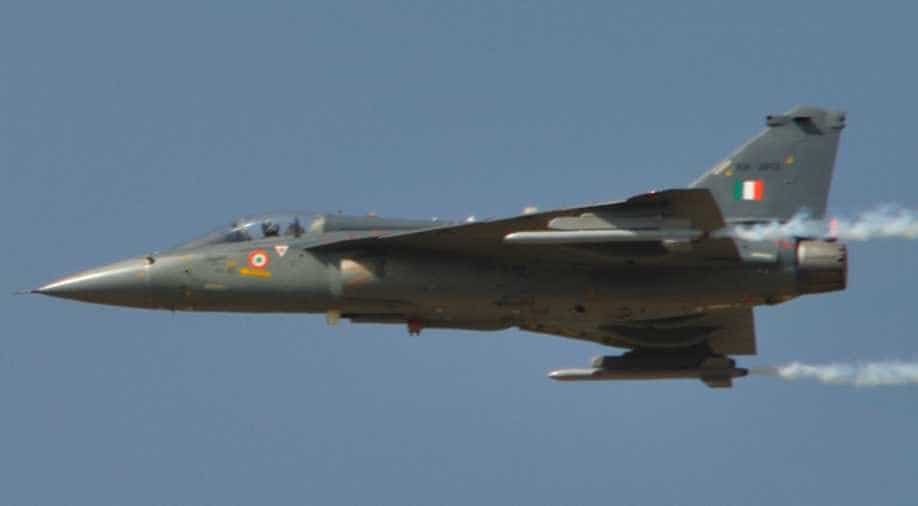 Tejas has had no accident in 3,000 hours of flying and its use of composites helps lower its radar signature, making it harder to detect early, Indian Air force officials said. Photograph:( Agencies )

Follow Us
India's first locally-built fourth generation combat aircraft officially took to the skies today, 33 years after it was cleared for development, marking a long-held goal of cutting expensive imports to build a domestic defence-industrial base.

India's fighter aircraft fleet, made up of a mix of Russian, British and French planes, is down to 33 squadrons as against the air force's requirement of 45.

Prime Minister Narendra Modi's government has nudged the military to accept the first version of the "Tejas" Light Combat Aircraft (LCA) to make up for the shortfall while a more powerful subsequent model is under development.

Indian Air Force officers broke coconuts and priests held multi-faith ceremonies to mark the induction of two planes in the Southern Indian city of Bengaluru. Later, the aircraft took off in the colours of the air force as fire tenders sprayed water on the tarmac in a military ritual.

Early this month China said it is still testing its first stealth fighter, the J-20, but it would enter service soon.

The single-seat Indian fighter plane is considered superior to counterparts like the JF-17 aircraft jointly built by China and Pakistan. Tejas has had no accident in 3,000 hours of flying and its use of composites helps lower its radar signature, making it harder to detect early, air force officials said.

"The LCA is as good as any in the world in its class," said retired Air Vice Marshal Manmohan Bahadur, now a fellow at the Centre for Air Power Studies in New Delhi.

But the challenge for state-run Hindustan Aeronautics Limited (HAL), which is making the aircraft, will be to stick to the production schedule as the air force seeks to arrest the decline in the number of planes it can deploy, he said.

HAL only has the capacity to produce four Tejas planes a year, a government-appointed audit committee said in a report last year. The plan is to increase production capacity to eight, a defence ministry official said today.

India is separately negotiating for the purchase of 36 top-end Rafale fighter planes from France's Dassault Aviation, a scaled-back deal that has been delayed since 2012.