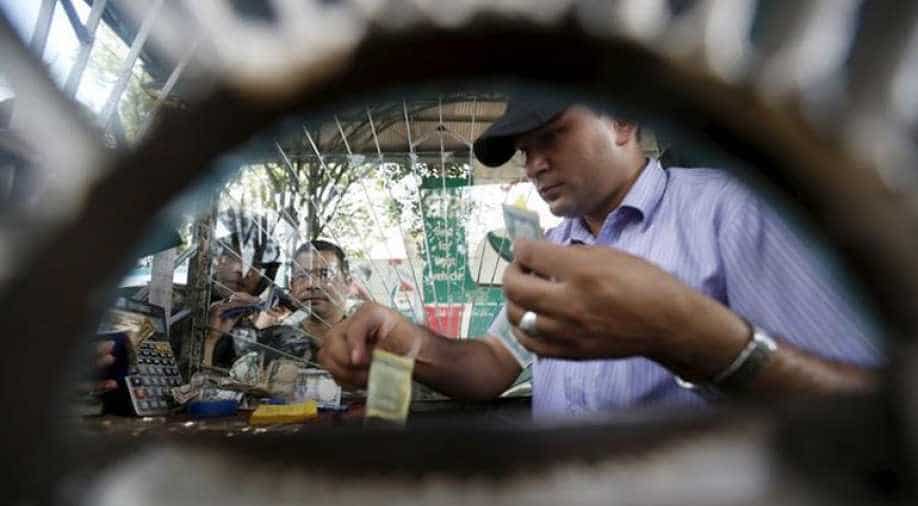 India's scrapping of high-value bank notes last month has dragged down economic growth in neighbouring Nepal with trade, remittances and tourist numbers all down, BMI Research, a group company of the Fitch rating agency, said on Wednesday.

BMI has revised down its forecast for land-locked Nepal's economy, saying that India's demonetisation could shave Nepal's growth down to 2.2 per cent for this fiscal year to July 2017, from an earlier estimate of 2.5 per cent.

"The disruption in funds from India is likely to weigh on ongoing reconstruction efforts," the research agency said in a report, adding that Nepal's economy was heavily reliant on India for trade, jobs and aid.

The announcement by prime minister Narendra Modi on November 8 to ban 500- and 1,000-rupee notes was intended to flush out billions of dollars in unaccounted wealth and hit the finances of militants suspected of using fake currency.

The Nepal Rastra Bank, the central bank, has now banned Indian currency, saying it wanted a formal communication from the Indian central bank about new Indian bank notes being brought into circulation.

"Until such a notice is received, we will not accept the new Indian notes," said central bank official Rajendra Pandit.

That leaves thousands of Nepalis doing informal trade along the open border with India without the means to receive or make payments for their business.

Nepali Prime Minister Pushpa Kamal Dahal, a former Maoist rebel commander, spoke to Modi after the currency ban to ask for arrangements for the exchange of the now defunct Indian cash held in Nepal, but that has yet to happen.

The inflow of Indian tourists to Nepal, who account for a quarter of about 800,000 visitors a year, has fallen. Many Indian tourists have traditionally carried Indian currency for payments in Nepal.

In addition, Nepal depends heavily on funds from workers in India, who sent home $640 million in 2016, or about 2.6 percent of Nepal's gross domestic product.