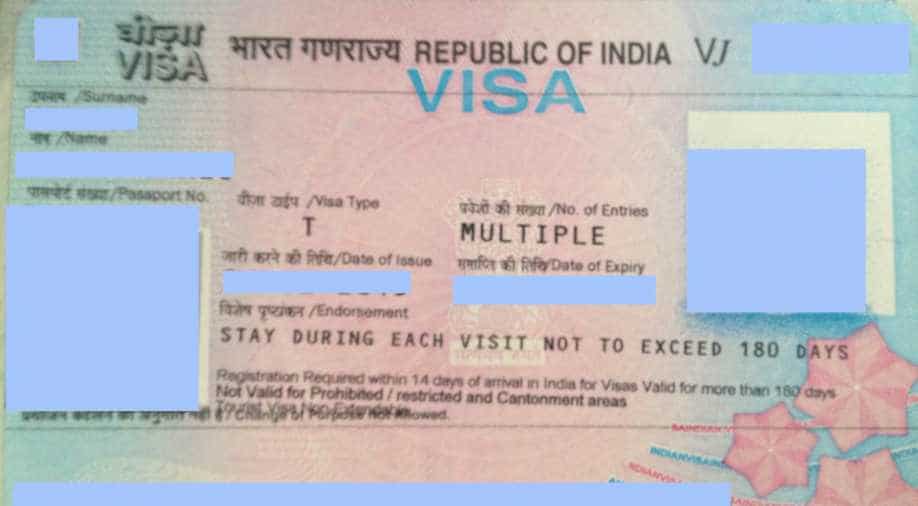 The approval will facilitate entry of foreigners for tourism, business and medical purposes.This is expected to stimulate economic growth, increase earnings from export of services like tourism, medical value travel and travel on account of business. Photograph:( Others )

The Union Cabinet, chaired by Prime Minister Narendra Modi, also decided to extend the e-Tourists Visa to eight more countries, taking the total number of countries which are under cover the scheme to 158.

The Union Cabinet has given its approval for liberalisation, simplification and rationalisation of the existing visa regime in India and incremental changes in the visa policy decided by the Ministry of Home Affairs in consultation with various stakeholders, an official statement said.

The approval will facilitate entry of foreigners for tourism, business and medical purposes. This is expected to stimulate economic growth, increase earnings from export of services like tourism, medical value travel and travel on account of business and to make "Skill India", "Digital India", "Make in India" and other such flagship initiatives of the government successful.

This will also considerably ease the travel of foreigners to India for the above-mentioned legitimate purposes, the release said.

Tourists, businessmen or people coming for treatment or to attend conferences or even for film shoots will be covered under the new category of visa, which was first mooted by the Commerce Ministry following a suggestion by the Prime Minister's Office (PMO) to boost services trade.

The long-term, multiple-entry visa will be given up to 10 years but under this category, the visitor will not be allowed to work or stay permanently, a government official said.

As per the proposal, if a foreigner is granted long-term, multiple-entry non-working or non-permanent stay visa and his or her stay is restricted to 60 days on a visit, the government may waive the visa fee as well. However, the visitors have to give biometric details and fulfil certain security obligations, the official said.

The plan is part of the Commerce Ministry's initiatives to boost India's services trade.

India is said to be missing out on a huge opportunity worth about $80 billion annually in terms of attracting foreigners and foreign exchange.

Medical tourism in India alone is estimated at $3 billion and projected to grow to $7-8 billion by 2020.

Small countries like Thailand attract millions of people whereas tourists flow in India is far less.