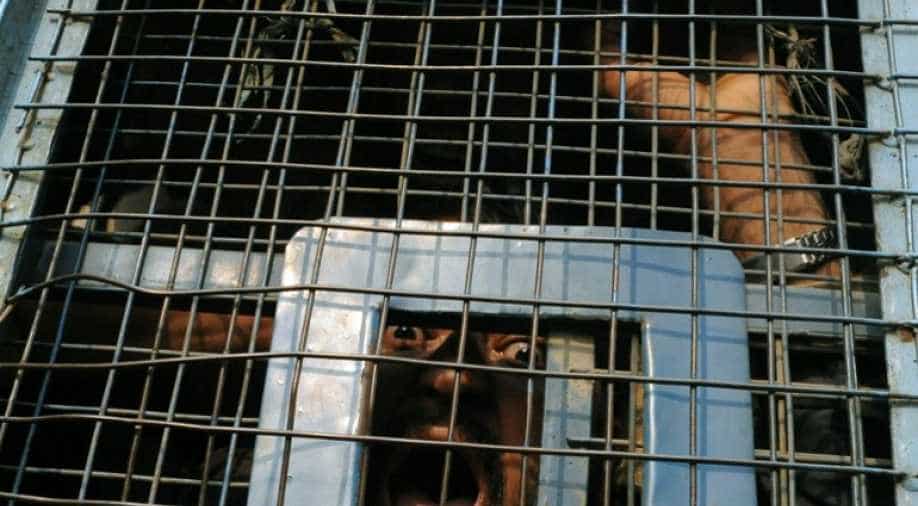 A ninth man also accused of the crime was recently arrested and will soon go on trial. (Representative Image) Photograph:( AFP )

Eight human traffickers found guilty of torturing and chopping off the hands of two labourers have received life prison sentences and hefty fines, a prosecutor said on Sunday, hoping the severity of the punishment would deter others.

Prosecutor Dhirendra Nath Patra said the court in Bhubaneswar heard how the traffickers chopped off the hands of Nilambar Dhangdamajhi and Dayalu Nial in Odisha state on December 15, 2013.

Dayalu, who was 17 years old at the time, said they were asked if they would rather have their hands or legs chopped off for not agreeing to the new terms of contract

The two men were among of a group of 12 labourers who had taken money from labour agent Parvesh Duni in exchange for working for him but quickly realised he had trapped them.

When the men found out they were being taken to Andhra Pradesh in southeastern India instead of Chhattisgarh state in central India as expected they tried to escape but were caught and locked up for hours before their hands were chopped off.

News of the torture and confinement triggered widespread outrage and made national headlines in India which is estimated to have the highest number of modern-day slaves of any country.

Dhangdamajhi died on September 21 this year after years of illness.

"Under the sentence Parvesh Duni and other traffickers will serve a life term in prison. They will also have to pay fines," the prosecutor told the Thomson Reuters Foundation. "This is a lesson for all."

Amidst the publicity, in 2014 the Supreme Court intervened and asked the Odisha government to fast track charges against the traffickers and provide rehabilitation for the two men whose stories are typical of many trapped in debt bondage in India.

Modern slavery has become a catch-all term to describe human trafficking, debt bondage, forced marriage and other slave-like exploitation with an estimated 46 million people in slavery around the world.

But he was taken to a paddy field, kept under house arrest and made to work for his traffickers who demanded he pay back the advance taken by all 12 labourers if he wanted to go home.

Dayalu, who was 17 years old at the time, earlier told the Thomson Reuters Foundation that they were asked if they would rather have their hands or legs chopped off for not agreeing to the new terms of contract.

Patra said nine men were accused of the abuse and eight of these were arrested and were now in jail.

A ninth man absconded ahead of the hearing that started in October last year and finished in March this year but he had been arrested recently and would now face trial.

Authorities have freed around 282,000 workers trapped in bonded labour in 18 states in India since 1978, according to government data, although non-government organisations question these figures and the real extent of debt bondage in India.