In 30 years, there will be no Hindus left in Bangladesh: Researcher 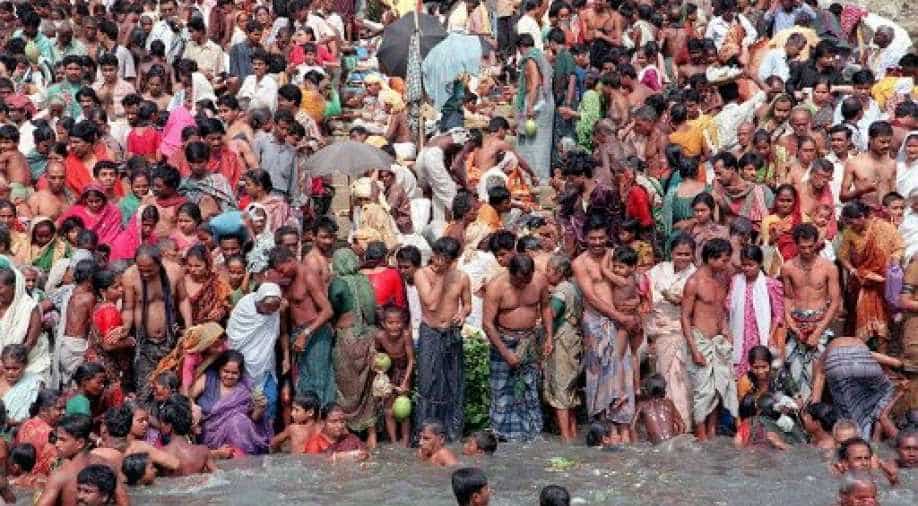 Bangladeshi Hindus, roughly 8.2 per cent of the country's population, take a dip in Old Brahmaputra as part of a religious ceremony. Photograph:( AFP )

There will be no Hindus left in Bangladesh after 30 years if the current rate of exodus persists, according to a recently-published book.

"The rate of exodus over the past 49 years points to that direction," said Ajoy Roy, the author of the book titled 'Political Economy of Reforming Agriculture-Land-Water Bodies in Bangladesh', Bangladeshi newspaper Dhaka Tribune reported

Roy came to the conclusion after closely following the immigration data and patterns of the country for the last 30 years.

Around 11.3 million Bangladeshi Hindus got out of the country from 1964 to 2013. That adds up to roughly 632 Hindus leaving the country on a daily basis.

In his three decade-long research, Roy found that most of the families left the country during military governments.

One of the key reasons for the Hindus to leave the country was due to rampant land-grab during Pakistan's rule before 1971.

When Pakistan was ruling Bangladesh, authorities took away the land of the Hindus by describing them as enemy property, Roy said, leaving 60 per cent of Bangladeshi Hindus landless.