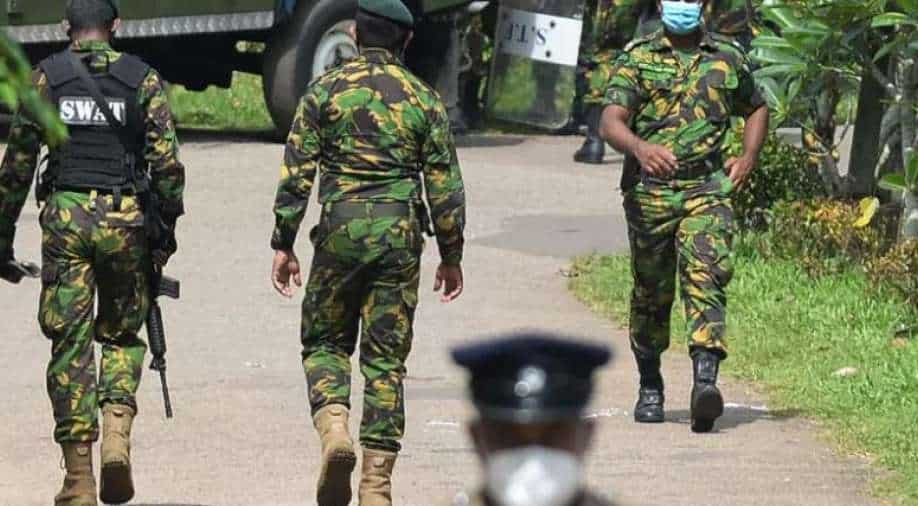 Inmates fought with guards on Sunday and into the night after setting fire to the kitchens and briefly took two warders hostage, residents and police said.

Intermittent gunfire rang out Monday at a Sri Lankan high-security prison where a riot by inmates over a surge of coronavirus infections left at least eight dead and 55 wounded, police said.

Hundreds of police surrounded the Mahara prison just outside the capital Colombo as prison guards sought to end the unrest.

Inmates fought with guards on Sunday and into the night after setting fire to the kitchens and briefly took two warders hostage, residents and police said.

"The two officers have been rescued and hospitalised," police spokesman Ajith Rohana said.

"The situation is under control."

Six hundred officers, including 200 police commandos, were deployed around the perimeter, he added.

Prison authorities would not say however whether they had taken back the whole Mahara complex.

The bodies of eight inmates were taken to the nearby Ragama hospital, medical sources said. Another 55 wounded prisoners, some in critical condition, were admitted on Sunday night.

Inmates broke out of their cells to protest over a surge of coronavirus infections, officials said.

Sri Lankan prisons have seen weeks of unrest as the number of Covid-19 cases in jails exceeded 1,000 by Saturday. Two inmates have died of the disease.

Last week, a prisoner was killed when he fell while trying to scale the walls of a jail in the central Bogambara region during unrest.

Prisons across the country went into a lockdown last week as the number of cases among inmates and guards increased.

The number of Covid-19 deaths across the country has increased six-fold this month to 116, while infections have more than doubled to 23,484.

The South Asian island nation of 21 million had claimed success in containing the virus which was first detected on January 27 in a Chinese tourist. Sri Lanka eased a three-month curfew on June 28, but the second wave of infections hit in October.

Authorities have said a newer and more virulent strain of the virus was now spreading.