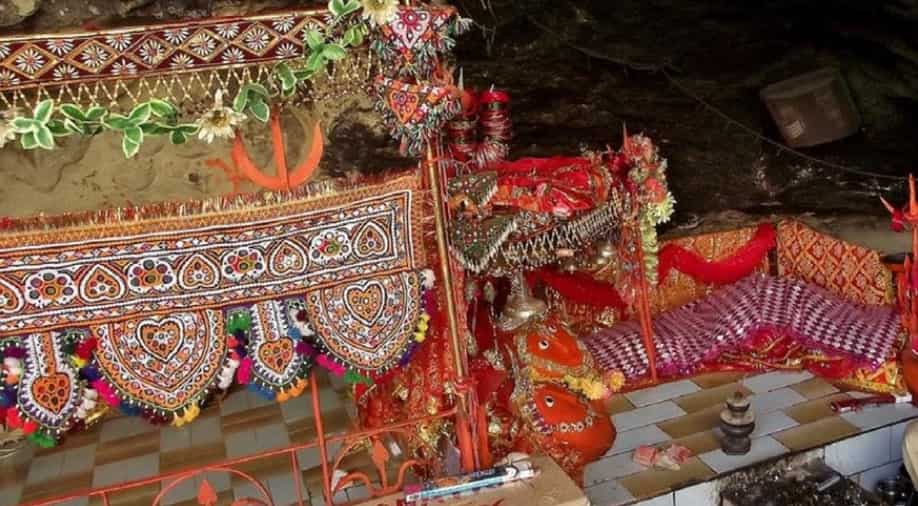 Hindu temples in Pakistan. Photograph:( Others )

Pakistan was created in 1947 as an independent home for Indian Muslims. A huge exchange of population took place during the partition which was often bloody.

Today, Muslims constitute 14% of India's population, while in Pakistan, Hindus are said to be just over 2%. Pakistan had around 300 temples till 1947, but most of them were demolished after the destruction of Babri Mosque in India in 1992.

Many Hindu temples converted into mosques, hotels or libraries have been abandoned.Majority of the existing Hindu temples in Pakistan are in a dilapidated condition.Even after that, the Islamic country houses a few well revered Hindu temples.

Here is the list of five famous Hindu temples of Pakistan:

Hinglaj Mata temple is a famous ‘shakti peetha’ of Goddess Sati. The cave temple is situated on the Hingol River Banks in Hinglaj, a town on the Makran coast in the Lasbela district of Balochistan, Pakistan, and is the middle of the Hingol National Park.It is also known as ‘Hinglaj Devi‘, ‘Hingula Devi‘ and ‘Nani Mandir‘.

Panchmukhi Hanuman Mandir in Karachi. (Others)

Katas Raj, also known as Qila Katas, is a Hindu pilgrimage site comprising several temples linked to one another by walkways.Hindus believe that Katas Raj pond was formed after Lord Shiva wept on the death of Sati, his wife.The name of the complex is a derivative of ‘Kataksha’, a Sanskrit word that translates as ‘tearful eyes’. The Katas site houses the Satgraha or seven temples, a gathering of seven old temples, remains of a Buddhist stupa, a couple of medieval sanctuaries, havelis and some as the newly built sanctuaries, scattered around a lake considered sacred by Hindus.

The 5000-year-old Sun Temple of Multan, also known as the Aditya Sun Temple, was an ancient temple that was the base of a solar-cult dedicated to the Hindu Sun God Surya (also known as Aditya).The original Sun Temple at Multan is said to have been built by Samba, son of Krishna, to gain relief from the symptoms of his leprosy more than 5000 years ago.The Sun Temple at Multan was perhaps one of the oldest, largest and richest of all temples. It no longer exists but is buried deep in the ground.

Varun Dev temple,  located at Manora Island Karachi is dedicated to the Lord of the Seas, Varuna, and is located on Manora Island on the shores of Karachi. Experts believe that the temple was built due to enhanced maritime trade activity in the Indian Ocean from the fourth to tenth centuries AD. The current structure of the temple dates back to 1917-1918.