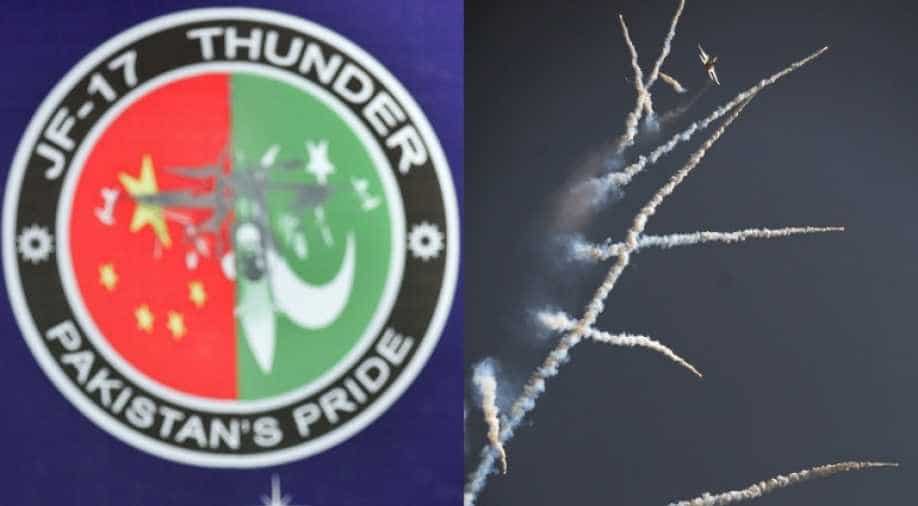 China and Pakistan had begun joint development and manufacture of the single-engine light JF-17 jets over a decade ago. Beijing delivered the first batch in 2007 and a number of them were later commissioned by the PAF, state-run Global Times reported on Wednesday.

In a major boost for the Pakistan Air Force (PAF), China has delivered the first overhauled multi-role JF-17 fighter jet to Islamabad as part of a project undertaken by the two countries over a decade ago for the development and manufacture of the aircraft.

China and Pakistan had begun joint development and manufacture of the single-engine light JF-17 jets over a decade ago. Beijing delivered the first batch in 2007 and a number of them were later commissioned by the PAF, state-run Global Times reported on Wednesday.

After a decade of use, it was time for the first JF-17s to undergo overhauls, the report quoted military analysts as saying, adding that the first overhaul started in November 2017 after a contract was signed between the two sides in 2016.

Changsha 5712 Aircraft Industry Co Ltd under the state-owned Aviation Industry Corporation of China (AVIC) reassembled the jet and delivered it to its Pakistani client in March, the daily quoted a report by China Aviation News.

This is also the first time AVIC has overhauled a made-for-export third generation fighter, or fourth generation according to another widely used standard, the report said.

It represents the trial-and-error phase of the project and provided experience in establishing standards for other JF-17 overhauls in future, Qianshao said.

The overhaul of the fighter jet includes major maintenance, featuring repairs and replacement of old components, including the airframe and engine.

Also, a Block 3 variant of the JF-17 is under development. It is expected to be much more powerful than the previous two blocks due to new China-developed active electronically scanned array radar, the report said.

Though China has made significant strides in avionics and developed new range of war planes including stealth fighters, it is yet to develop engines for its planes, including JF-17 and mostly rely on Russian supplies.

Qianshao said that while standard, regular maintenance could be done by the military, an overhaul usually needs to be conducted by a designated and more capable supplier due to higher complexity.

Such an overhaul can ensure flight safety after years of use. It might also equip the aircraft with newer technologies that enhance its capability, or prolong the aircraft's lifespan, he said.

Pakistan sent dozens of trainees to China, who had close communication and built deep friendships with Chinese engineers during the overhaul process.
Qianshao said since procedures and standards for the overhaul have been established, future overhauls on other JF-17s could be done by Pakistani personnel.

"Under the framework of China-Pakistan cooperation, Pakistan's aviation industry will continue to develop," he noted.

JF-17 has become a mainstay of the PAF in recent years after US restricted sales of F-16 war planes after the 1990 arms embargo imposed on Pakistan under the Pressler amendment. It is reported to have over 100 JF-17 planes with more in the pipeline.

JF17 is part of close defence cooperation between the two countries under which China has become a major supplier of arms to Pakistan. China is currently building four new modern naval warships for Pakistan.