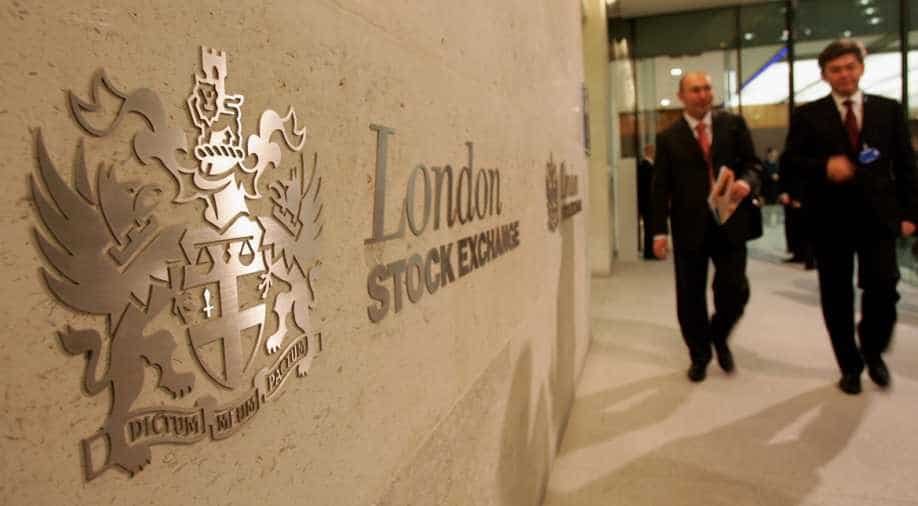 The masala bonds will be listed in the London Stock Exchange in the next three months. Photograph:( Getty )

Four rupee-denominated bonds, known as masala bonds, worth a total of 600 million pounds ($748 million) are expected to be listed in London in the next three months, the British government said on Monday, as Prime Minister Theresa May began a two-day visit to India.

Masala bond is a financial instrument through which Indian entities can raise money from overseas markets in the rupee, while giving international investors access to higher yields in a zero-yield world.

The latest four bonds will provide financing to expand India's highway and rail networks and meet its plans to boost energy efficiency and renewable energy, the government said.

May has said she wants to use the trip India, her first bilateral visit to a non-European Union country since taking office in July, to boost ties between the countries and pave the way for a post-Brexit trade deal.

The government said that since July, more than 900 million pounds of so-called masala bonds have been issued in London, equivalent of more than 70 per cent of the global offshore market.

"This government will continue to work closely with both India and our financial services sector to ensure our growing rupee bond market continues to help finance India’s ambitious infrastructure investment plans," May said in a statement.

They can be more expensive than issuing bonds in the local market because of India's 5 per cent withholding tax on such international deals.

As well as a way to borrow overseas, they are also an attempt to make the tightly-controlled rupee more widely available in global markets, similar to the way in which China has moved to sell more yuan debt to overseas investors.