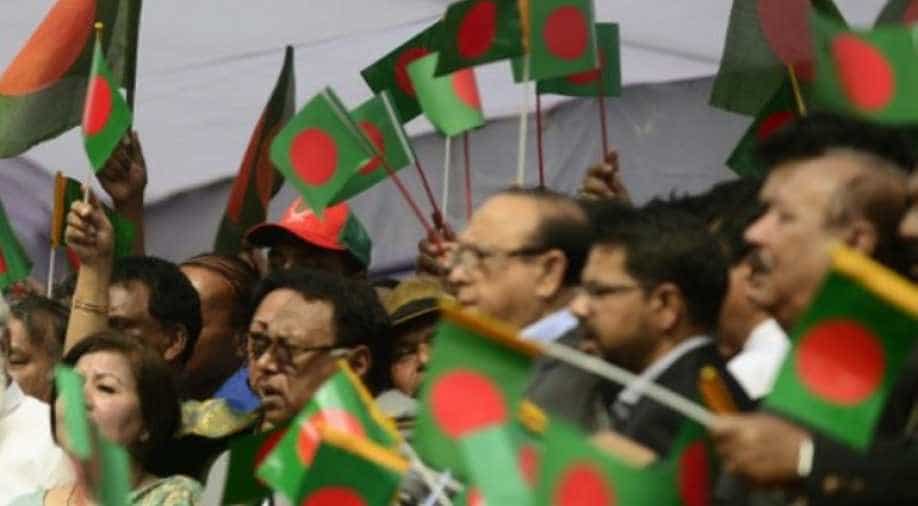 The Bangladesh Nationalist Party (BNP) is part of the newly-formed opposition alliance - National Unity Front (NUF) which has demanded that the December 23 polls be deferred by one month.

Bangladesh's main opposition BNP, led by imprisoned ex-premier Khaleda Zia, on Sunday said it would not boycott the general election next month, after it refused to participate in the 2014 polls that returned Prime Minister Sheikh Hasina's Awami League to power due to fears of rigging.

Opposition parties have expressed concern that the polls will not be democratic and have threatened protests.

The Bangladesh Nationalist Party (BNP) is part of the newly-formed opposition alliance - National Unity Front (NUF) which has demanded that the December 23 polls be deferred by one month.

"We have decided to participate in the polls as part of our movement," said BNP secretary general Mirza Fakhrul Islam Alamgir said at a press conference with senior NUF and BNP leaders present.

The BNP announcement came three days after the election commission announced the poll schedule with December 23 as the date for the vote amid an impasse between the government and the main opposition alliance over the poll's timing.

"Despite an extremely adverse situation, Jatiya Oikya Front (NUF) has decided to take part in the election as part of our movement to restore democracy," convenor of the platform and prominent lawyer Kamal Hossain said, ending speculation over the opposition's participation in the polls.

He, however, said that the election commission must defer the polls by one month.

BNP had boycotted the 2014 polls due to a dispute with the ruling Awami League over a plan for an interim government to oversee the polls, and it emerged as the main opposition party outside Parliament.

Political analysts said the opposition is demanding the deferment of polls to pave the way for an interim government.

Prime Minister Hasina earlier said installation of a non-elected government could lead to "third-party interventions" like a virtual military takeover as in 2007 when an army-backed interim government was installed amid a political vacuum and unrest.

But the BNP is in a state of disarray as 73-year-old Zia is serving a 10-year prison term on corruption charges and her "fugitive" son and acting party chief Tarique Rahman has been convicted and sentenced to life imprisonment for masterminding a deadly attack on a rival political rally in 2004.

Rahman, who has been living in London since 2008, was convicted after a trial in absentia two months ago over the August, 2004 grenade attack that killed 24 Awami League leaders and activists while Hasina had narrowly escaped the blast.

Legal experts said their convictions would disqualify the two BNP leaders from contesting the polls unless they secure a favourable Supreme Court ruling.

The Awami League urged the election commission to stick to its plan even as the EC had said it was Constitutionally obligated to hold the 11th parliamentary election by January 28.

The NUF emerged two months ago as an opposition platform and floated a seven-point demand including dissolution of Parliament to pave the way for an interim government to ensure a credible election.