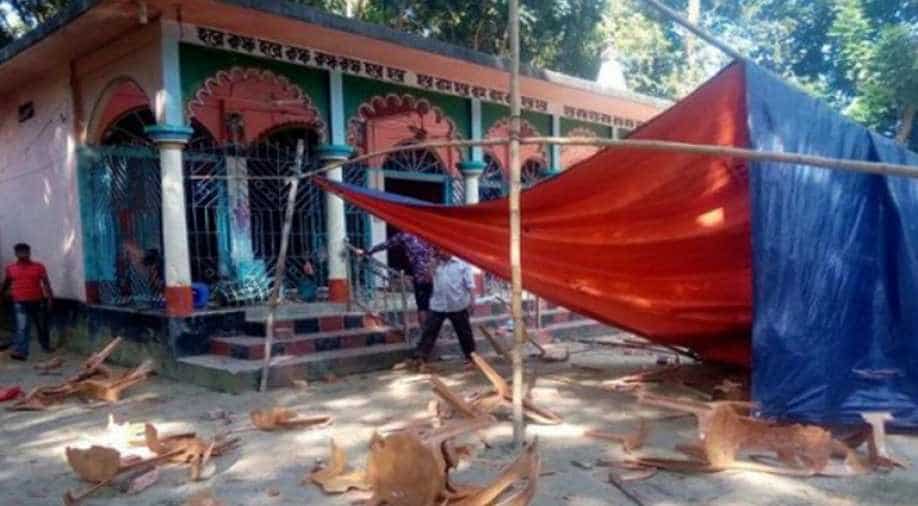 Residents stand near a vandalised Hindu temple in the eastern district of Brahmanbaria, Bangladesh, on October 30. Photograph:( AFP )

Houses belonging to Hindus were set ablaze in Bangladesh early Friday morning, a few days after at least 15 temples were vandalised by a mob following an insulting photo posted on Facebook by a Hindu fisherman.

The houses were set on fire in two villages near Chittagong, roughly 270 kilometres from Dhaka, Bangladesh police said.

On Friday, a group of people torched a Jagannath temple and a nearby Durga temple belonging to Sagar Das. (Jagannath and Durga are Hindu deities.)

The latest attacks on Hindus come after a local Hindu fisherman allegedly posted an edited photograph of a Hindu deity inside the Kaaba, in Saudi Arabia's Mecca, on social media.

District police chief Mizanur Rahman told AFP two Islamic groups had been demonstrating to demand the arrest and execution of the fisherman, when a group of between 100 and 150 men broke away and vandalised the temples on October 30.