At least 72 killed in blast at Sufi shrine in Pakistan 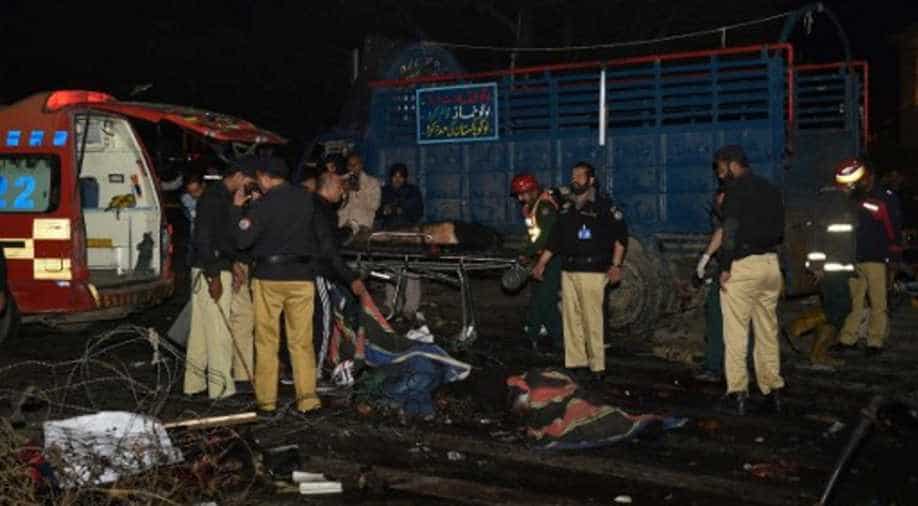 A suicide bomber attacked a crowded Sufi shrine in southern Pakistan on Thursday, killing at least 72 people and wounding dozens more in the deadliest of a wave of bombings across the South Asian nation this week.

Senior police officer Shabbir Sethar told Reuters from a local hospital that the death toll was likely to rise.

"At least 72 are dead and over 150 have been injured," Sethar said by telephone.

Islamic State, the West-Asia based militant group which has a small but increasingly prominent presence in Pakistan, claimed responsibility for the attack, the group's affiliated news agency AMAQ reported.

The attack on the famous Lal Shahbaz Qalandar shrine in the town of Sehwan Sharif comes as the Pakistani Taliban and other rival Islamist militant groups carry out their threat of a new offensive.

The violence has shattered a period of improving security, underscoring how militants still pose a threat to stability in the nuclear-armed country of 190 million people.

The high death toll at the shrine makes it one of the worst attacks in Pakistan in recent years.

In August last year, at least 74 people, mostly lawyers, were killed in a suicide bombing of a hospital in the southwestern city of Quetta.

Both a faction of the Pakistani Taliban - Jamaat-ur-Ahrar - and Islamic State claimed responsibility for that atrocity.

Jamaat also said it was responsible for a bombing in the eastern city of Lahore earlier this week that killed 13 people.