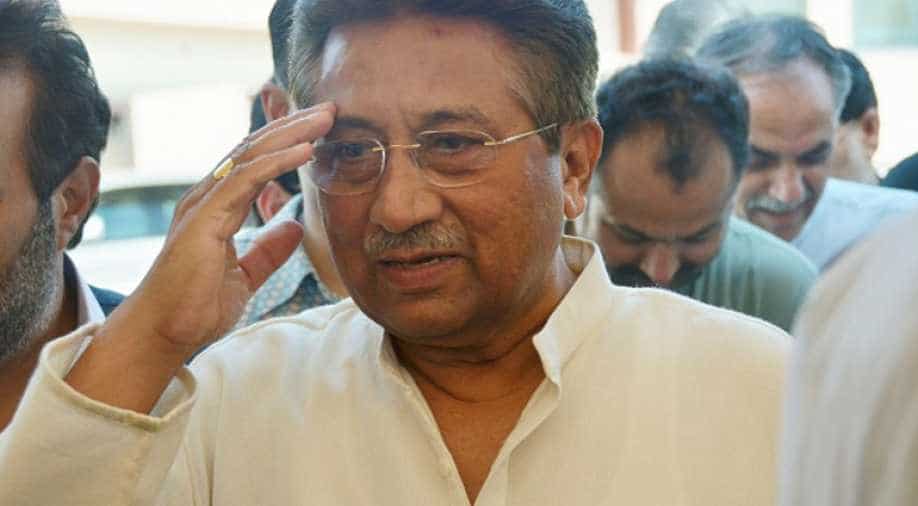 Musharaff's counsel argued that his client could not appear before court due to 'security' reasons. Photograph:( Getty )

A divisional bench of the Balochistan High Court (BHC) passed the order while hearing a review petition which challenged Musharraf's acquittal by an Anti-Terrorism Court in the case.

The review petition was filed by Nawabzada Jamil Bugti, the son of Nawab Akbar Bugti, who was was killed in an operation in Balochistan in 2006.

Musharaff's counsel pleaded that his client could not appear before court due to 'security' reasons.

Bugti's lawyer argued that despite repeated summons, the former president had failed to appear before court. The court ordered that the administration ensure provision of security to Musharraf while he appeared in court.

The Baloch chieftain had led an armed campaign to press for provincial autonomy of Balochistan. His death had led to angry protests in the country.