65 killed in Taliban attack on Afghan intelligence base: Official 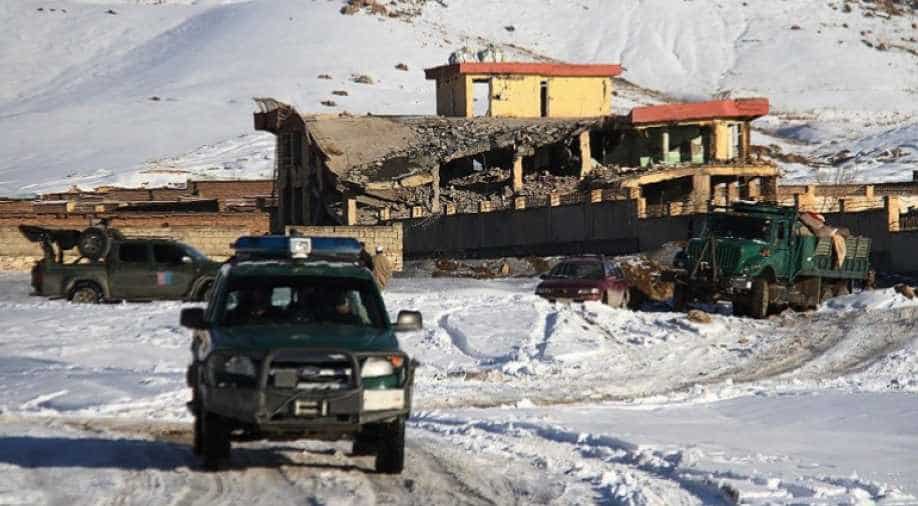 An Afghan military vehicle is seen near the attack site. Photograph:( AFP )

A senior security official who spoke on condition of anonymity gave an even higher toll of at least 70 killed.

Around 65 people were killed in a Taliban-claimed attack on an Afghan intelligence base, a local official said Tuesday, raising the toll substantially from 12 announced previously.

Militants detonated a vehicle packed with explosives at the training facility before gunmen arrived in a car and opened fire.

"We took about 65 bodies out of the rubble yesterday," Mohammad Sardar Bakhyari, deputy head of the provincial council in Wardak province, where the attack occurred on Monday in the latest blow to beleaguered security forces.

A senior security official who spoke on condition of anonymity gave an even higher toll of at least 70 killed.

On Monday provincial officials told AFP just 12 people had been killed in the attack. Figures given by officials to other media ranged from 12 dead to more than 100 killed.

Bakhyari's announcement came after nearly a day of confusion surrounding the toll.

On Monday provincial officials told AFP just 12 people had been killed in the attack. Figures given by officials to other media ranged from 12 dead to more than 100 killed.

The attack was on a training facility for the NDS, the Afghan intelligence agency, meaning that any toll will likely be difficult to confirm.

It saw militants ram a Humvee filled with explosives into the National Directorate of Security (NDS) base in Maidan Shahr, the capital of Wardak, which lies about 50 kilometres south of Kabul.

The attack caused the roof to partially collapse, images from the scene show.

"Then at least three other attackers in a Toyota car who were following the Humvee entered the compound," Wardak provincial council member Abdul Wahid Akbarzai told AFP Tuesday.

The attackers were killed quickly, he said, but most of the casualties were caused by the roof collapse.

"It is a big loss," council head Akhtar Mohammad Tahiri said. "The NDS forces are better trained and equipped than the Afghan police and army soldiers who have been dying in record numbers."

He added the militants were dressed in uniforms used by Afghan special forces.

Fights between security forces and Taliban fighters have continued to intensify across the country during the freezing Afghan winter, which traditionally experiences a reduction in combat.

The recent skirmishes come as the Taliban announced a resumption of talks with US officials in Qatar as the two sides discuss a possible peace deal that could pave the way for the insurgents participation in the next government.

Washington has not confirmed their claim that the talks are continuing.

US special peace envoy Zalmay Khalilzad has headed a flurry of diplomatic activity in recent months seeking to bring the Taliban to the table for talks.

However, the insurgents threatened to suspend the fledgeling process last week.

The Taliban -- who have been waging a 17-year war against the Western-backed Afghan government -- later claimed responsibility for the assault.