Around 50,000 Rohingyas have fled from Myanmar since Oct: Bangladesh 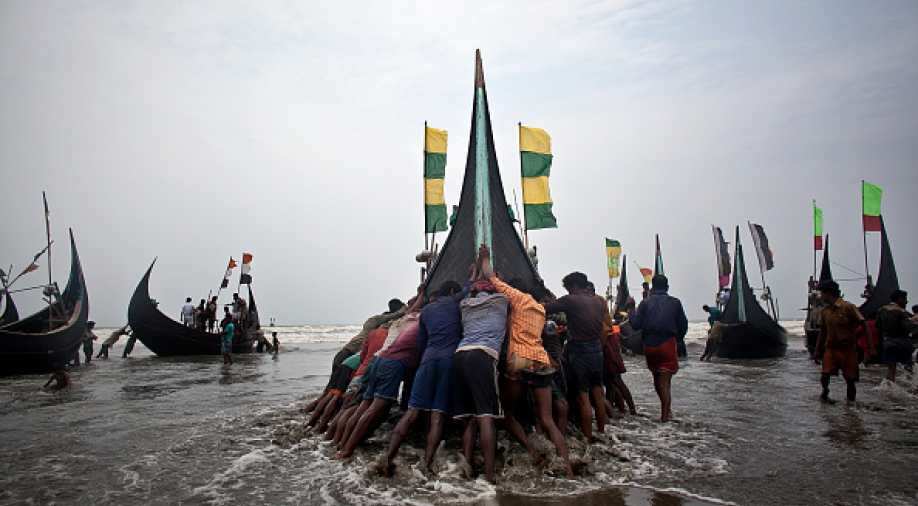 Many Rohingyas are fleeing Myanmar because they allege gang-rape, torture and murder at the hands of the security forces. Photograph:( AFP )

Some 50,000 Rohingya Muslims have fled to Bangladesh from Myanmar, the foreign ministry in Dhaka said Thursday, seeking shelter from a bloody crackdown by the army.

Bangladesh has stepped up patrols to try to stem the tide of refugees crossing the border since an eruption of unrest in Myanmar's western state of Rakhine in early October.

The foreign ministry summoned Myanmar's ambassador to express "deep concern at the continued influx" of tens of thousands of members of the stateless ethnic minority into its territory.

"(We) mentioned that around 50,000 Myanmar citizens took shelter into Bangladesh since 09 October 2016," the ministry said in a statement.

Rakhine borders Bangladesh and is home to the Rohingya -- a Muslim minority group loathed by many of Myanmar's Buddhist majority.

Dhaka also demanded early repatriation of all Burmese citizens who have been living in the Muslim-majority nation for years, including some 300,000 Rohingya -- most of them illegally.

A spokesman for the United Nations High Commissioner for Refugees (UNHCR) told AFP that at least 43,000 Rohingya have taken shelter in Bangladesh since October.

The vast majority of those who arrived took refuge in makeshift settlements, official refugee camps and villages in Bangladesh's resort district of Cox's Bazar.

Many of those interviewed by AFP told horrific stories of gang-rape, torture and murder at the hands of Myanmar security forces.

Myanmar has denied allegations of abuse but has banned foreign journalists and independent investigators from accessing the area.

Bangladesh's government has been under pressure to open its border to the fleeing refugees, in a crisis which has been described as a campaign of ethnic cleansing against the Rohingya.

But it has reinforced its border posts and deployed coastguard ships to prevent fresh arrivals.

In the past three months, its border guards have prevented hundreds of boats packed with thousands of Rohingya women and children from entering the country.