Afghan forces foil IS plan to assassinate top US envoy 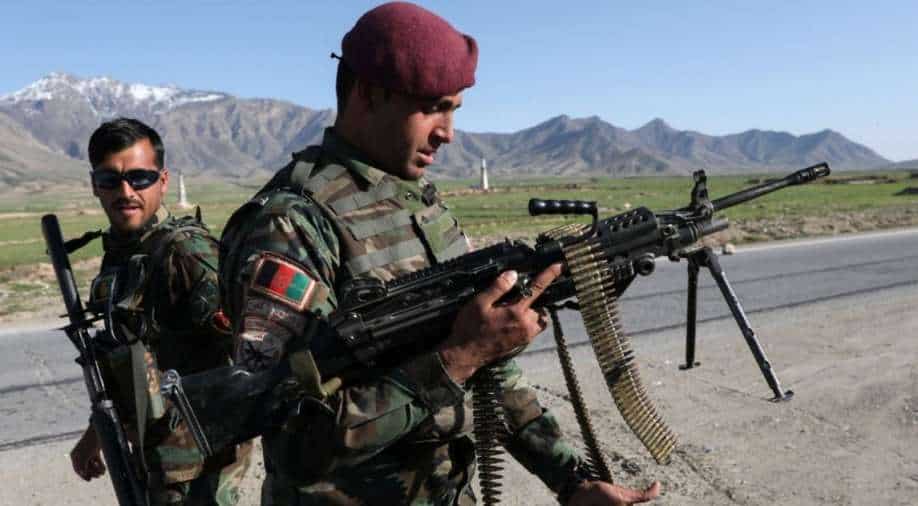 Afghan authorities said Tuesday they had foiled a plan by the jihadist Islamic State group to assassinate the top US envoy in Kabul, as a wave of targeted killings continues to rock the country.

Intelligence officers dismantled a four-member IS cell in the eastern province of Nangarhar that had planned to murder Ross Wilson as well as Afghan officials, the National Directorate of Security said.

Wilson, the US Charge d'Affaires in Kabul, has steadfastly condemned a series of assassinations in the capital and other cities of prominent Afghans including journalists, activists and politicians in recent months.

"The main assassin and facilitator of the cell, Abdul Wahid, had planned to assassinate the US ambassador in Afghanistan as well as some high ranking Afghan officials," the NDS said in a statement.

"Their plan was foiled with their arrest."

The NDS did not offer further details and the US embassy in Kabul did not respond to requests for comment.

In recent months, deadly violence has rocked Afghanistan, including a new trend of targeted killing of prominent Afghans which has sowed fear and chaos despite the Taliban and government engaging in peace talks.

Last week the US military blamed the terror group for these largely unclaimed targeted killings, although some of them have been claimed by IS.

Over the years IS has claimed several deadly attacks in Nangarhar, once the bastion of the jihadist group in the country.

In a separate incident on Tuesday, three Afghan women soldiers were shot dead in the northern city of Mazar-i-Sharif.

Two soldiers died at the scene and one died later in hospital, he said, adding that another military servicewoman and the male driver were wounded in the attack.

No group has so far claimed responsibility.