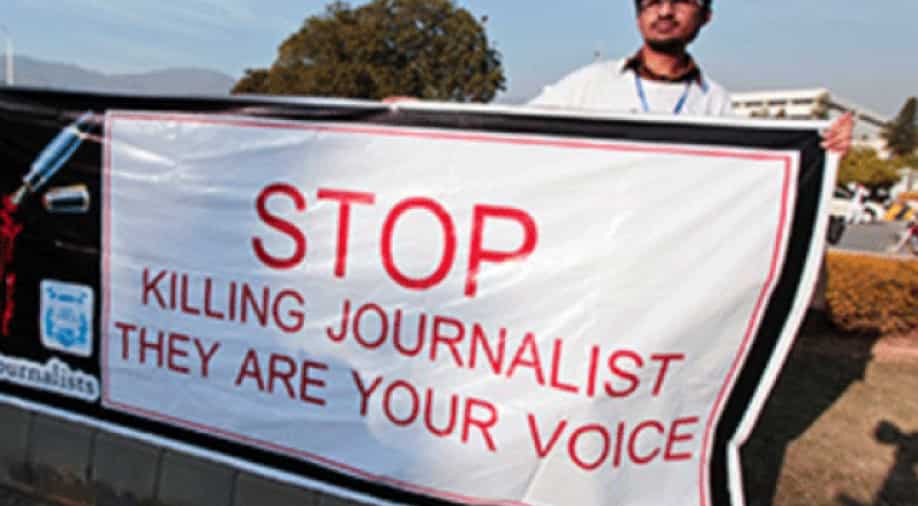 Of the 121 cases, 41 per cent were carried out by the Taliban and the Islamic State militant groups, 27 per cent by the people related to the government, five per cent by owners of media outlets and the rest by unidentified people.

At least 17 journalists were killed and over 100 cases of violence against media workers reported in Afghanistan in 2018, one of the bloodiest years for the press in the war-torn country, a media watchdog said on Thursday.

Afghan Journalists Safety Committee in its annual report released in Kabul said the number of slain journalists was fewer than in 2017, when 20 deaths marked the deadliest year for media persons since the nonprofit started tracking these incidents in 2013.

It said 15 journalists were injured last year and 121 cases of physical violence and intimidation were reported, including illegal detention, threats and insults.

Of the 121 cases, 41 per cent were carried out by the Taliban and the Islamic State militant groups, 27 per cent by the people related to the government, five per cent by owners of media outlets and the rest by unidentified people.

At least 11 per cent of the victims in such cases were women, the watchdog said.

AJSC director Najib Sharifi told EFE that he was extremely concerned by the "deliberate and direct targeting" of journalists and media outlets.

He said despite growing threats to journalists, most of the media houses were yet to employ sufficient security measures to protect their employees.

"We ask the government to take serious security measures. We also call on owners of the media outlets to pay attention to the security of their journalists," Sharifi said.

AJSC researcher Abdul Qadim Wiar said 2018 was more violent as compared to the past because the nature of the violence against journalists "changed completely."

Sharifi pointed out that most of the deaths in 2018 occurred on April 30, when a double-suicide attack in Kabul - claimed by the Islamic State - killed nine journalists, including an AFP photojournalist.

On the same day, an Afghan journalist working for British broadcaster BBC died in a shooting incident in southeast Afghanistan.

Last week, an anti-terrorist trial court awarded death to one of the convicts and six and 30 years one to other two in the BBC journalist's murder.