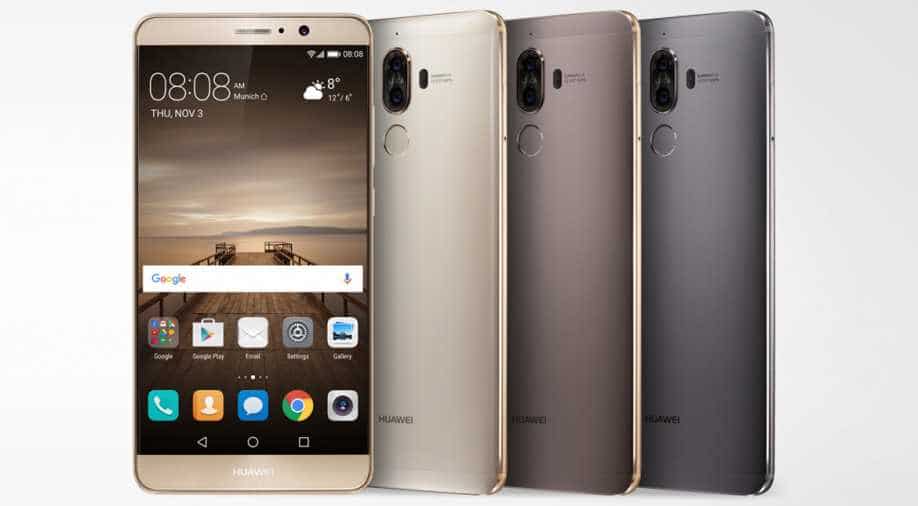 One of the key highlights of the Huawei Mate 9 is a new artificial intelligence feature. Photograph:( WION )

Huawei Technologies has taken the wraps off its new smartphone - the Mate 9 - which has been designed to challenge global market leaders Apple and Samsung.

The Mate 9 is aimed squarely at the top end of the $400 billion global smartphone market, where professional users are looking for fast phones with long battery life. One of the key highlights of the Huawei Mate 9 is a new artificial intelligence feature, which enables the phone to learn user habits and automatically put the most frequently-used apps in easy reach.

Priced at $776, the Mate 9 features a 5.9-inch full HD display, dual-lens Leica camera with a 12 megapixel RGB sensor and a 20 megapixel monochrome sensor, and a powerful battery. If the company’s claim is to be believed, the phone's 4000 mAh battery lasts for almost two days of heavy usage and can fully recharge in 90 minutes.

Boasting about the Mate 9’s battery at the launch event, Huawei consumer electronics chief Richard Yu compared it with a Samsung handset and jokingly promised "no explosions".

The Mate 9 launch comes just three weeks after Samsung scrapped its flagship Galaxy Note 7 smartphone, dealing a huge blow to its reputation and outlook. With smartphone sales growth expected to slow in the coming years, device manufacturers are focusing on new ways to standout from the crowd.

Huawei has set itself the ambitious target of becoming the largest smartphone maker by market share within three to four years.

According to market research firm IDC, Huawei held 9.3 per cent of the global market in the second quarter of 2016, placing it third behind Samsung with 22.8 per cent and Apple with 11.7 per cent. But Huawei holds the number one spot in its home market China.