How Lenovo plans to stop the bleeding in its smartphone business 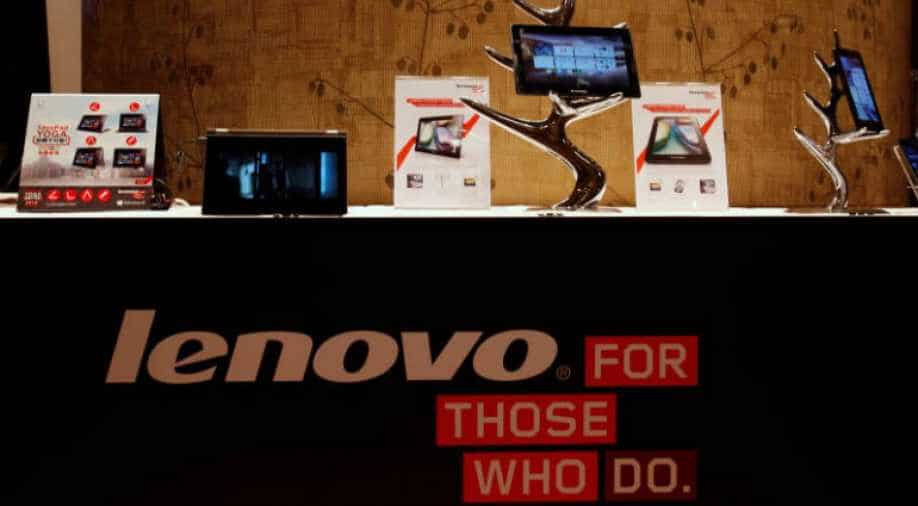 Lenovo tablets and mobile phones are displayed during a news conference on the company's annual results Photograph:( Reuters )

Lenovo faces its toughest battle in its home base of China, where it has slipped out of the top 10 smartphone vendors. ||Lenovo is said to be on track to meet its goal of turning around the mobile business by the second half of the fiscal year starting in April.

After a bruising fall from its spot as the world's third-largest mobile phone maker following its acquisition of Motorola three years ago, China's Lenovo is counting on a push upmarket to stop the bleeding in its smartphone business.

While the company, which vies with HP as the world's largest PC maker, returned to profit in the year to March, losses in its smartphone business worsened as marketing expenses for new products and key component costs increased.

The group's phone problems started after it acquired Motorola Mobility from Google for $2.9 billion in 2014 but struggled to integrate the assets. That, combined with fierce competition from lower-end manufacturers in its home base of China such as Xiaomi and Oppo, saw its global position fall to eighth in 2016.

A recently announced reorganisation of its China business aimed at sharpening the PC brand's consumer focus comes amid an ongoing effort to tighten its mobile branding and shift the focus to pricier models under its Moto brand.

"Our strategy is to prioritise mature markets ... which need brands and innovative products, whereas emerging markets need efficiency," Chairman Yang Yuanqing said of Lenovo's mobile business at a press conference in Hong Kong on Thursday.

"So we will have two teams catering to the two kinds of markets with different product lines."

Lenovo faces its toughest battle in its home base of China, where it has slipped out of the top 10 smartphone vendors. Shipments domestically declined 80 per cent year-on-year or 55 per cent quarter-on-quarter in the first quarter of 2017, according to data from Canalys.

The company currently has three phone brands in China - the premium Moto brand, the cheaper Lenovo series, and an online-focused ZUK brand launched in 2015.

A Lenovo spokeswoman said its global mobile strategy would focus on the Motorola brand, although it would continue to support its other lines, such as ZUK.

Moto products, including a premium series of modular phones designed with detachable components that can be replaced or upgraded, helped propel Lenovo to be the second-biggest vendor in Brazil, after Samsung, Yang said.

Shipments in Brazil rose 56 per cent in the first three months of the year according to Lenovo, overtaking India as its biggest market, where volume grew 34 per cent.

The average selling prices of Lenovo's mobile products rose 15.1 per cent in the past year, according to its financial report.

Mature market competition, where Yang said Lenovo's main rivals are Samsung and LG, is less fierce than in emerging markets, where the low entry barrier allowed in "too many Chinese vendors, some of which compete irrationally".

He added Lenovo will have three more telecom partners in the US this year, while its performance in Western Europe is improving.

Yang said Lenovo is on track to meet its goal of turning around the mobile business by the second half of the fiscal year starting in April.

At the same time, some analysts say the company should cut its mobile losses in China and focus on building its strength in other markets.

"I think they should deep-six their China mobile business. Their non-China probably has a chance if it's very narrowly geographic and product focused," said Bernstein analyst Alberto Moel.

Lenovo is the fourth-biggest smartphone seller in India, with a 9.5 per cent market share, which compares with Samsung in top place with 28.1, according to IDC.

While it faces increasing competition from new entrants Oppo and Vivo, it enjoys good brand loyalty.

"I like Lenovo phones for their good battery backup, smart looks and the overall experience," said Bhaskar Kotian, a Mumbai businessman who has purchased at least six Lenovo smartphones for friends and family in the past two years.

Despite calls to write off its China problems, Yang insists there are no plans to walk away from its domestic mobile business.

"We would never give up our China mobile business, because it is 30 per cent of the world market," he said.