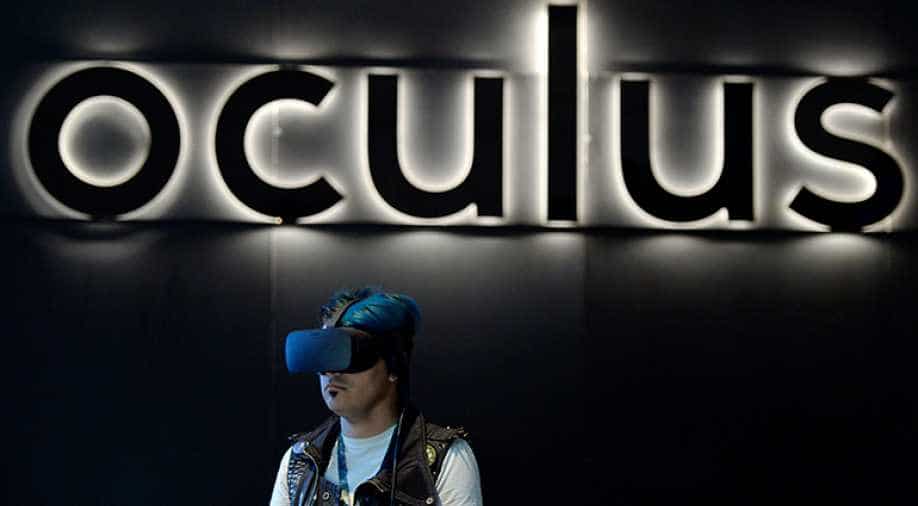 Facebook-owned Oculus slashed the price of its Rift headsets to speed the pace at which the virtual reality technology is working its way into homes. Rift headsets bundled with Touch controllers for letting people reach into faux worlds began selling for $598 as Oculus lopped $200 off the price of buying the VR hardware that hit the market last year.

The price of the Rift alone was dropped to $499 and Touch controllers to $99. Oculus broke the news at an annual Game Developers Conference in San Francisco where scores of titles were being shown off for play using Rift, or competing hardware such as HTC Vive or Sony PlayStation VR headsets.

"Our mission at Oculus is to drive VR into as many people's homes as we can," Oculus vice president Jason Rubin told AFP.

"We believe this is a massive step; and the people coming in at the lower price have a ton of software they can use."
The prices of computers needed to power Rift VR experiences has also come down hundreds of dollars in the past year in an overall cost reduction that he hoped would entice a new wave of customers to follow the "early adopters."
Rubin referred to the new Rift and Touch prices as "aggressive," but declined to discuss how much money Oculus was making on each sale other than to say that the price is "sustainable."

The more VR gear that sells, the more developers of games or other experiences will be motivated to create software for the technology in what Rubin called a budding "virtuous cycle" where sales of hardware are fueled in return.

"We look at is as an opportunity; it's a new frontier," Gunfire Games development director Ben Gabbard told AFP during a demonstration of its latest VR title, science fiction shooter game "From Other Suns."

"Being at the forefront of a special and interesting medium to tell stories and make games has been very awesome for us, even though it hasn't taken off to the stratosphere."

While games standout when it comes to using VR, Oculus believes "ultimately the killer app is social" with people interacting at virtual venues. Virtual reality sought its stride at the annual Consumer Electronics Show in Las Vegas early this year, where despite being a hot topic there was little sign that the technology was racing into mainstream culture.

Show floor space devoted to virtual reality abounded with companies diving into the market with headsets, content, or tools for better creating or delivering immersive experiences. Vive, PlayStation VR and Rift have been wooing software developers and refining hardware to better entice users.