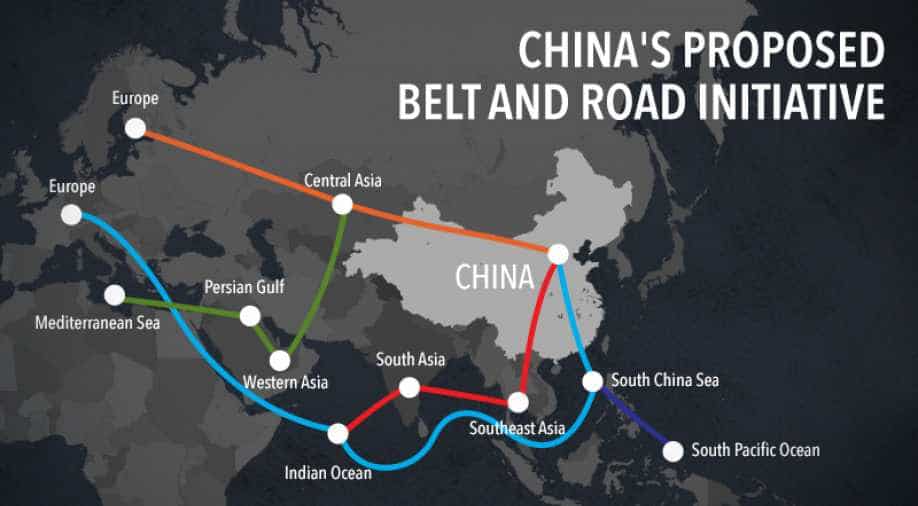 Mr Chong conceptualises in his chapter perceived tolerance along ancient silk roads as stemming from what he terms ‘mercantile harmony’ among peoples and elites rather than states. It was rooted, in Mr Chong’s mind, in empathy, a sense of spirituality and a mercantile approach towards the exchange of ideas and goods.

Based on remarks at the RSIS book launch of Alan Chong and Quang Minh Pham (eds), Critical Reflections on China’s Belt and Road Initiative, Palgrave MacMillan, 2020

Political scientists Alan Chong and Quang Min Pham bring with their edited volume originality as well as dimensions and perspectives to the discussion about the Belt and Road that are highly relevant but often either unrecognised or underemphasised.

The book is about much more than the material aspects of China’s Belt and Road Initiative (BRI). In fact, various chapter authors use the BRI to look at perhaps the most fundamental issue of our times: how does one build a global world order and societies that are inclusive, cohesive and capable of managing interests of all stakeholders as well as political, cultural, ethnic and religious differences in ways that all are recognised without prejudice and/or discrimination?

In doing so, the book introduces a moral category into policy and policy analysis. That is an important and commendable effort even if it may be a hard sell in an increasingly polarised world in which prejudice and bias and policies that flow from it have gained new legitimacy and become mainstream in various parts of the world.

It allows for the introduction of considerations that are fundamental to managing multiple current crises that have been accentuated by the pandemic and its economic fallout.

One of those is put forward in the chapter of the late international affairs scholar Lily Ling in which she writes about the need for a global agenda to take the requirements of ordinary people into account to ensure a more inclusive world. The question is how does one achieve that.

It is a question that permeates multiple aspects of our individual and collective lives.

If the last decade was one of defiance and dissent, of a breakdown in confidence in political leadership and systems and of greater authoritarianism and autocracy to retain power, this new decade, given the pandemic and economic crisis, is likely to be a continuation of the last one on steroids.

One only has to look at continued Arab popular revolts, Black Lives Matter, the anti-lockdown protests, and the popularity of conspiracy theories like QAnon. All of this is compounded by decreasing trust in US leadership and the efficacy of Western concepts of governance, democratic backsliding, and the handling of the pandemic in America and Europe.

Mr Chong conceptualises in his chapter perceived tolerance along ancient silk roads as stemming from what he terms ‘mercantile harmony’ among peoples and elites rather than states. It was rooted, in Mr Chong’s mind, in empathy, a sense of spirituality and a mercantile approach towards the exchange of ideas and goods.

It was also informed by the solidarity of travellers shaped by the fact that they encountered similar obstacles and threats on their journeys. And it stems from the connectivity needs of empires that built cities and roads to retain their control that Mr Chong projects as civilisation builders.

There may be an element of idealisation of the degree of tolerance along the ancient Silk Road and the assertion that the new silk road is everything that the old silk road was not. But the notion of the role of non-state, civil society actors is key to the overall quest for inclusiveness.

So is the fact that historic travellers like Fa-Hsien, Marco Polo and Ibn Battuta grappled with the very same issues that today’s world is attempting to tackle: the parameters of human interaction, virtue, diversity, governance, materialism, and the role of religion.

The emphasis on a moral category and the comparison of the ancient and the new Silk Road frames a key theme in the book: the issue of the China-centric, top down nature of the Belt and Road. Vietnamese China scholar Trinh Van Dinh positions the Belt and Road as the latest iteration of China’s history of the pioneering of connectivity as the reflection of a regime that is at the peak of its power.

Mr Van Dinh sees the Belt and Road as the vehicle that will potentially revitalise Chinese economic development. It is a proposition on which the jury is still out in a world that could split into two distinct camps.

It is a world in which China brings much to the table but that is also populated by black and grey swans, some of which are of China’s own making. These include the favouring of Chinese companies and labour in Belt and Road projects, although to be fair Western development aid often operated on the same principle. But it also includes China’s brutal response to perceived threats posed by ethnic and religious minorities.

That may be one arena where the failure to fully consider the global breakdown in confidence in leadership and systems comes to haunt China. That is potentially no more the case than in the greater Middle East that stretches from the Atlantic coast of Africa into the Chinese province of Xinjiang.

It's not an aspect that figures explicitly in political scientist Manouchehr Dorraj’s contribution to the book on China’s relationship with Iran as well as Saudi Arabia but lingers in the background of his perceptive analysis of anticipated changes in the region’s lay of the land.

Mr Dooraj focusses on three aspects that are important as one watches developments unfold: The impact of shifts in the energy mix away from oil coupled with the emergence of significant reserves beyond the Middle East, Iran’s geopolitical advantages compared to Saudi Arabia when it comes to the architecture of the Belt and Road, and the fact that China is recognizing that refraining from political engagement is no longer viable.

However, China’s emphasis on state-to-state relationships could prove to be a risky strategy assuming that the Middle East will retain its prominence in protests that seek to ensure better governance and more inclusive social and economic policies.

That takes on added significance given that potential energy shifts could reduce Chinese dependence on Middle Eastern energy as well as repeated assertions by Chinese intellectuals that call into question the relative importance of China’s economic engagement in the region as well as its ranking in Chinese strategic thinking.

The implications of the book’s partial emphasis on what Mr Chong terms philosophical and cultural dialogue reach far beyond the book’s confines. They go to issues that many of us are grappling with but have no good answers.

In his conclusion, Mr Chong suggests that in order to manage different value systems and interests one has to water down the Westphalian dogma of treating national interests as zero-sum conceptions.

One just has to look at the pandemic the world is trying to come to grips with, the need for a global health care governance that can confront future pandemics, and the world’s environmental crisis to realize the relevance of former Singaporean diplomat and public intellectual Kishore Mahbubani’s description of the nation state system as a boat with 193 cabins and cabin administrators but no captain at the helm.

Mr Chong looks for answers in the experience of ancient Silk Road travellers. That may be a standard that a Belt and Road managed by an autocratic Chinese leadership that is anything but inclusive would at best struggle to meet.

Dr James M Dorsey is an award-winning journalist and a senior fellow at Nanyang Technological University’s S Rajaratnam School of International Studies in Singapore. He is also a senior research fellow at the National University of Singapore’s Middle East Institute and co-director of the University of Wuerzburg’s Institute of Fan Culture in Germany.