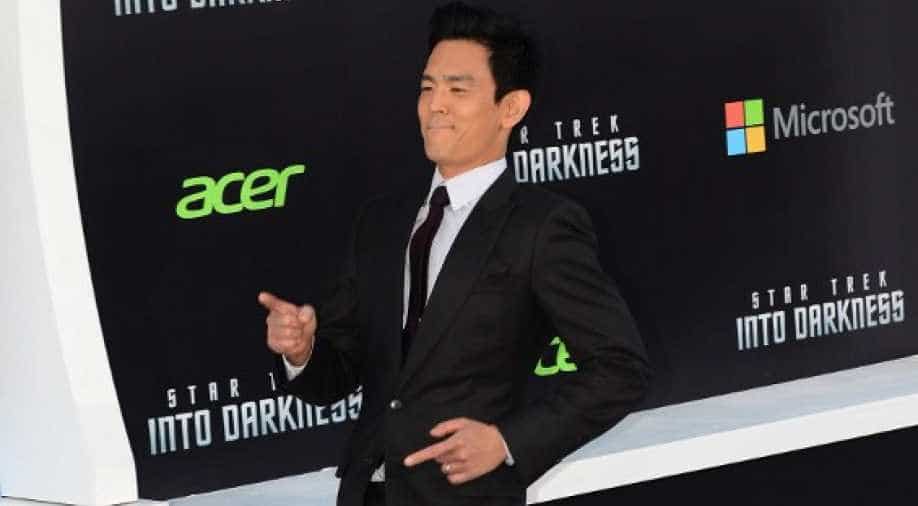 'I liked the approach, which was not to make a big thing out it, which is where I hope we are going as a species, to not politicise one's personal orientations,' actor John Cho told an Australian media outlet Photograph:( AFP )

Follow Us
The actor playing Hikaru Sulu in the upcoming sci-fi film Star Trek Beyond has revealed that the fan favourite character is openly gay and married in the new film, an Australian media outlet reported on Thursday.

Actor John Cho, who plays the role of Sulu first made famous by George Takei in the 1966 Star Trek television series, told Australia's Herald Sun that Sulu, the helmsman of the starship USS Enterprise, is married to a man and is a father to a daughter with his partner.

The decision to make a long-time franchise staple character gay comes as Hollywood faces growing pressure to include more diversity in its blockbuster films. There is yet to be an openly gay superhero or action star leading a film franchise.

Cho said scriptwriter Simon Pegg and director Justin Lin made the decision to make Sulu gay to pay homage to the 79-year-old Takei, who is openly gay and married in real life.

"I liked the approach, which was not to make a big thing out it, which is where I hope we are going as a species, to not politicise one's personal orientations," Cho told the outlet.

Some fans of Marvel films sparked the online hashtag "Give Captain America A Boyfriend" in May, pushing for a same sex relationship between the hero and Bucky Barnes, the Winter Soldier.

Other fans for Disney's animated film Frozen also started an online movement for "Give Elsa A Girlfriend," asking Disney to make the princess character a lesbian in the upcoming sequel, gaining support from actress Idina Menzel, who voices Elsa.

Cho was joined by other cast members of Star Trek Beyond in Australia this week as they kick off promotions for the upcoming film, released in theaters on July 22.

The film has been cast under a dark shadow after one of its young stars, Anton Yelchin, was tragically killed after he was crushed by his car in Los Angeles last month.