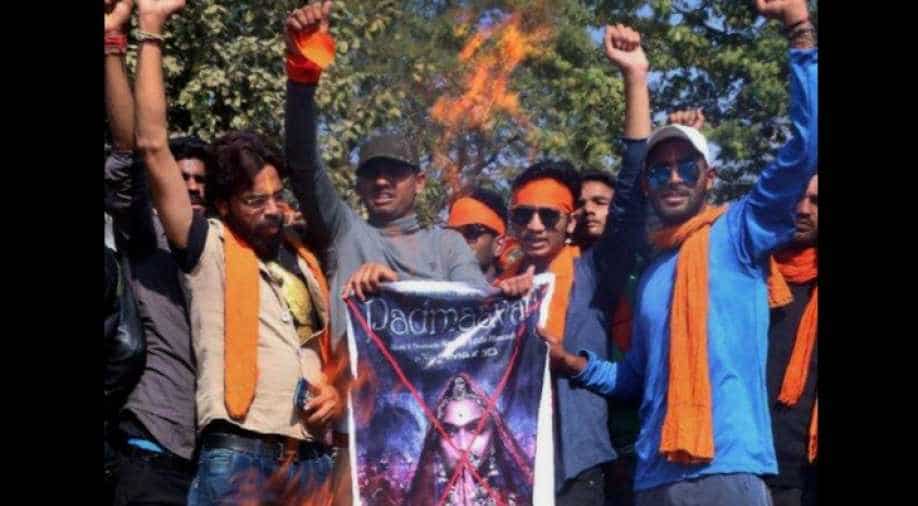 Rahul Gandhi took to Twitter to express his anguish and blamed the Prime Minister Narendra Modi and the BJP for the ongoing violence. Photograph:( ANI )

As Sanjay Leela Bhansali's Padmaavat finally gets a release, chaos hammers the country. Protestors took to the streets and caused a ruckus in various parts of the country.

In a recent television interview, Former RBI governor Raghuram Rajan spoke about the long-term advantages of the two major economic moves of the Modi government -- the Goods and Service Tax and demonetisation.

No 'cause big enough to justify violence against children', says Rahul after attack on Gurgaon school bus

On the day miscreants protesting the release of 'Padmaavat' targeted a school bus in Gurugram, Rahul Gandhi took to Twitter to express his anguish and blamed the Prime Minister Narendra Modi and the BJP for the ongoing violence.

After the attack on a school bus by anti-"Padmaavat" protestors, some reputed schools in Gurgaon have decided to remain shut till Sunday in view of the violence over the controversial film's release.

As his victims wept in a Michigan courtroom on Wednesday, disgraced long-time USA Gymnastics team doctor Larry Nassar was sentenced to up to 175 years in prison for abusing young female gymnasts who were entrusted to his care.