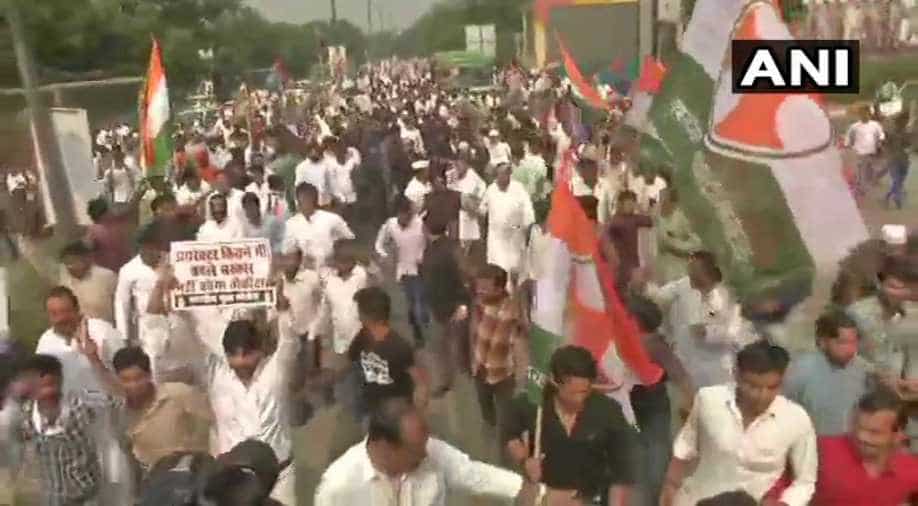 Congress president Rahul Gandhi Friday led a protest march to demand the reinstatement of CBI Director Alok Verma, who has been divested of his powers and sent on leave, and an apology from Prime Minister Narendra Modi.

The Congress has termed the move against Verma "illegal and unconstitutional".

Top Congress leaders took part in the march that culminated in a demonstration outside the CBI headquarters. Leaders of other parties also joined the protest as a mark of solidarity.

Gandhi got on to a truck in front of the police barricades put up outside the CBI headquarters to prevent the protesters from reaching the building.