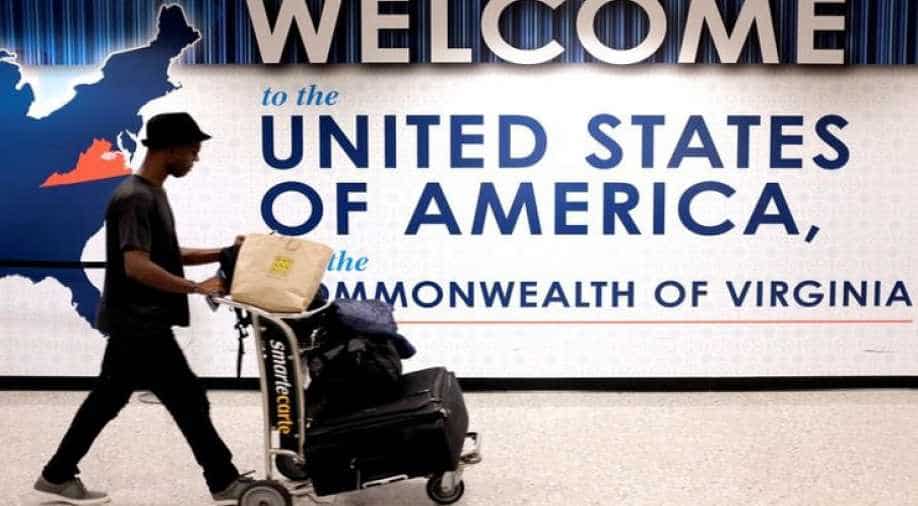 Over 21,000 Indians who were supposed to leave the US at the end of their permissible limits last year overstayed their visas, the Homeland Security Department said Wednesday.

While the percentage of Indians overstaying and not leaving the US after the expiry of their visas is not very high compared to some other nations, but India ranks among the top 10 countries whose citizens come to the US legally and continue to stay illegally.

The Department of Homeland Security (DHS) in its latest annual report determined that 701,900 foreigners who entered the country through an air or sea Port of Entry overstayed their visas between October 2016 and September 2017.

The report said that in 2017, more than 10.7 lakh Indians visited the US on the popular B-1, B-2 visas, which is issued to those who come to the US for business, visit or tourism purposes.

Of these, 14,204 overstayed in the country. According to the report, 1,708 of these Indians left the US later after the expiry of their visas, while there is no record of 12,498 Indians leaving the country. This could be presumed that they continue to stay in the US as an illegal immigrant.

Among other categories of non-immigrants, more than 4.5 lakh Indians were expected to leave the US in 2017, of which 9,568 of them overstayed their visas. Among them, 2,956 left the US after the expiry of their visa term, while 6,612 are suspected to be illegally staying in the country.

In its 2017 Entry/Exit Overstay Report, the DHS said there were 52,656,022 in-scope nonimmigrant admissions to the US through air or seaport of entries (POEs) with expected departures occurring in fiscal 2017 the in-scope admissions represent the vast majority of all air and sea nonimmigrant admissions. Of this number, the DHS calculated a total overstay rate of 1.33 per cent, or 701,900 overstay events. For India it was 1.32 per cent.

The report also breaks down the overstay rates further to provide a better picture of those who remain in the US beyond their period of admission and for whom there is no identifiable evidence of a departure, an extension of period of admission, or transition to another immigration status.

For nonimmigrants who entered on a student or exchange visitor visa (F, M, or J visa), the DHS has determined there were 1,662,369 students and exchange visitors scheduled to complete their program in the United States. However, 4.15 per cent stayed beyond the authorised window for departure at the end of their programme. For India, the rate was 3.4 per cent, less than the national average.