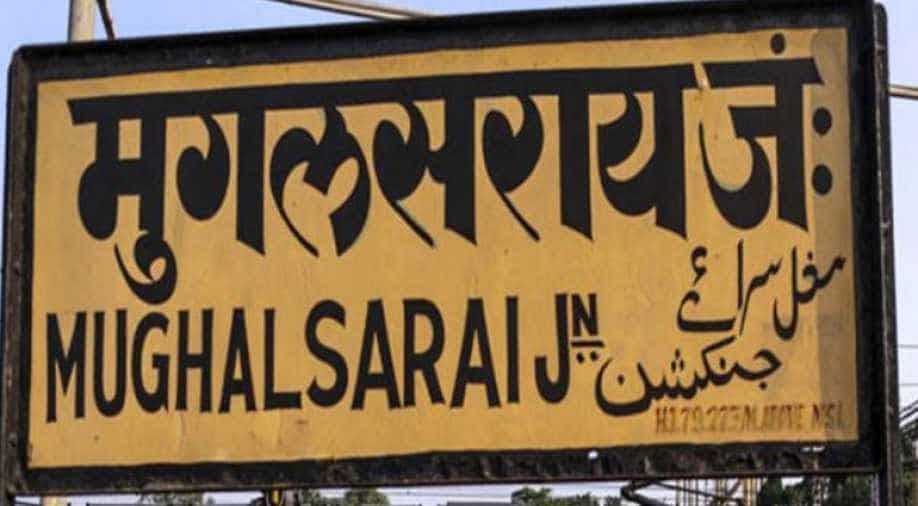 Deen Dayal Upadhyay was an RSS thinker and a co-founder of the Jana Sangh, the forerunner of the BJP. Interestingly, Upadhyay was found dead, in mysterious circumstances, in February 1968 near Mughalsarai station.

The renamed station was inaugurated by BJP president Amit Shah, Union Railway Minister Piyush Goyal, and Uttar Pradesh Chief Minister Yogi Adityanath. The station was given splotches of saffron paint before the inauguration.

The trio flagged off a passenger train, and a goods train with an all-woman crew, and also launched a "smart yard" project at the 156-year-old station on the Delhi-Howrah route.

News reports Sunday added that next on the renaming block were the Agra, Bareilly, and Kanpur airports. The first of them, interestingly, is already named Pandit Deen Dayal Upadhyay Airport. .

The reports added that Adityanath has already sent a request to the Centre asking for permission to rename the airports.

They also quoted opposition leaders as saying the renaming was just the government's way of diverting attention from real issues.