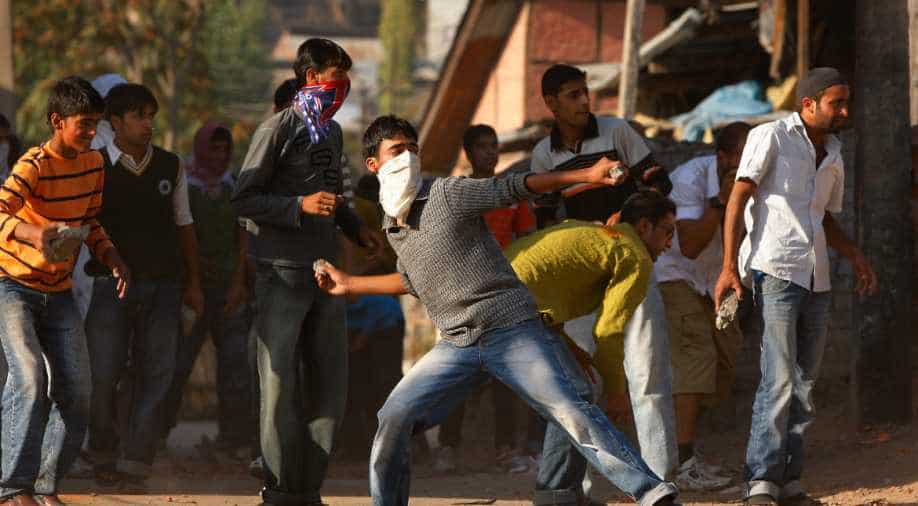 An army convoy came under a stone pelting attack during an ongoing protest in Ganowpora village, South Kashmir.

The Jammu and Kashmir police have registered a case against the army unit while the divisional administration has ordered a magisterial probe into the incident.

According to the health officials at Pulwama hospital, the injured were brought to the hospital for treatment out of which a young man, with a critical head injury, succumbed to death.

The second man was taken to the Rajpura Health Center for treatment and was declared dead on arrival.

The District Chief Medical Officer confirmed both the deaths.

Out of other injured, four have been moved to the Srinagar state hospital for advanced treatment, one of them is in a critical state.

Rest injured were admitted to Pulwama and Shopian hospitals for treatment.

"The matter is being investigated and the case has been registered against the Army unit," said DIG, South Kashmir.

According to an army spokesman, "an army administrative convoy was passing through Ganaupura chowk in Shopian when it came under unprovoked and intense stone pelting. They caused extensive damage to these vehicles. A junior commissioned officer accompanying the convoy got hit on the head and fell unconscious suffering serious injury. Considering the extreme gravity of the situation, the army was constrained to open fire in self-defence. In the process, two civilians succumbed to the bullet injuries."

Divisional Commissioner of Kashmir noted that a magisterial inquiry has been ordered. He said that "the Deputy Commissioner of Shopian has been appointed as the inquiry officer to ascertain the facts about the deaths and will furnish a report ‪in 20 days‬".

Meanwhile, joint separatist groups have called for a shutdown in Kashmir tomorrow against the killings.

According to the official statement issued by a joint separatist organization, "Tomorrow, all people should register their protests by invoking the Kashmir shutdown against the Shopian murder".

(With inputs from Syed Khalid Hussain)