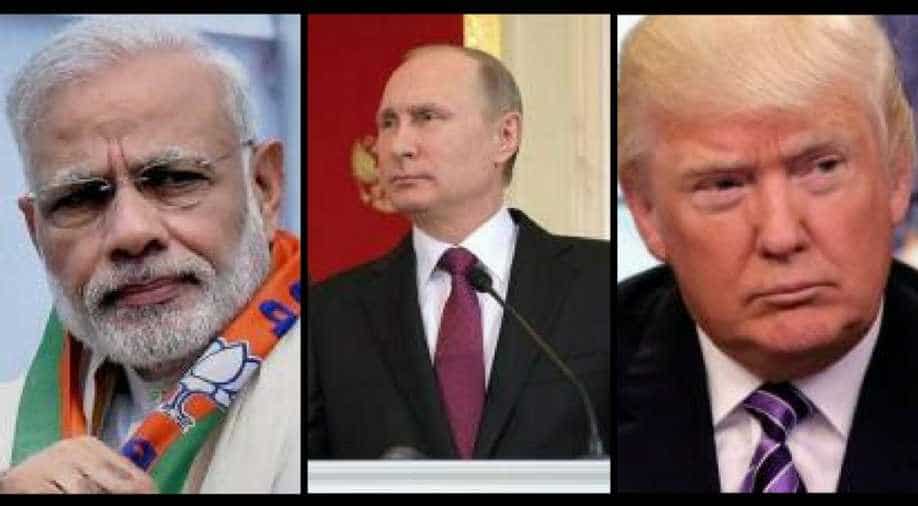 Prime Minister Narendra Modi, Microsoft’s Indian-born CEO Satya Nadella, US President Donald Trump, newly re-elected Russian President Vladimir Putin and Chinese President Xi Jinping are among the contenders this year for TIME magazine’s list of 100 most influential people who have made an impact on the contemporary world.

For more than a decade, the TIME 100 annual list has featured some of the world’s most significant artists, leaders, scientists, activists and entrepreneurs. The list will be announced next month.

While the editors at TIME will make the final judgement call on who makes the list, the publication has asked readers to vote online on who they believe are the most influential people of the year.

This year’s list of contenders includes Modi, who has been featured regularly in the previous years among the probables for the most influential people by the reputable news magazine.

Modi had been named among the contenders last year as well as in 2016.

He was named by the TIME editors among the 100 most influential people in the world in 2015, with former US President Barack Obama writing a profile for him for the magazine.

Student activists — from “Dreamers” fighting for immigration reform to the students at Marjory Stoneman Douglas High School advocating for school safety and gun control — are also in the running for this year’s TIME 100.