'There is so much more we can do': Condoleezza Rice pitches for US-India trade deal 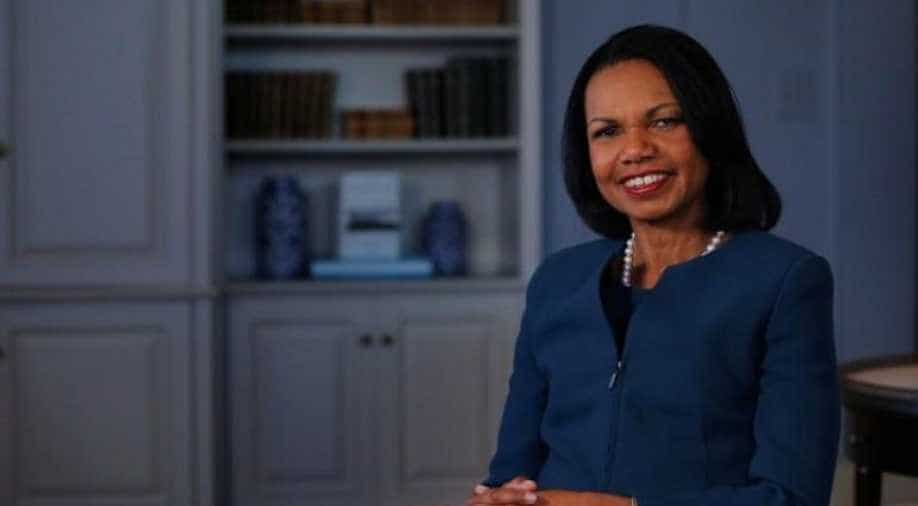 Former US Secretary of State Condoleezza Rice on Monday said that a trade deal between her country and India should be finalised soon.

"There is so much more we can do for our economies. My advice to the trade negotiators is — get a deal soon," Rice said during a conversation with USISPF (US-India Strategic Partnership Forum) board member Purna Saggurti at the second Annual India Leadership Summit here.

"Around the world, geopolitical perspective and shifting global order are driven by technology, oil and emerging markets," she added.

Tensions on the trade front between both countries had emerged in June after US President Donald Trump revoked preferential trade privileges, in response to which India imposed tariffs on 28 US products, including almonds and apples.

The two countries were expected to announce a limited deal during Prime Minister Narendra Modi's New York visit last month. But no agreement was sealed as negotiators were reportedly trying to tie loose ends related to some farm products and generic drugs.

Recalling the India-US civil nuclear deal signed in 2008, Rice underlined that the agreement opened up the possibility of further boosting bilateral ties in key sectors.

"I was the Secretary of State when the two countries signed the civil nuclear deal that opened up the possibility of a much more sophisticated US-India relationship, whether in hi-tech, defence or humanitarian grounds," she said.

Rice served as 66th US Secretary of State under the then George W Bush administration from 2005 to 2009.

Touching upon the current scenario of the world order, Rice highlighted the difference of governance styles in democratic and authoritarian regimes.

"One of the great advantages of democracies is that change in the governance and policy can be brought about peacefully through the voice of the people. Authoritarian regimes can make policy quickly but they can also make bad policy without oversight," she said.

The former top American diplomat said that people in Europe would hope that they will not see a 'hard' Brexit, meaning the UK leaving the EU without a deal.

"I hope that the Europeans do not get to see a hard Brexit. This Brexit has already come at a great cost," Rice said.

The Republican leader said that the US was "very close" in resolving the Israel-Palestine conflict, but lamented that Washington is now "further away".

"We were very close. But we are now farther away. Palestine has not had an election for a very long time. Time could be running out," she warned.

Underlining that protection of religious minorities is a worldwide problem, Rice called for a separation of state policies from religion.

"Separation of state from religion is preferable. There are societies in which issues are contested every day. There is nothing more emotional and dangerous when people go after each other for religion. The protection of religious minorities is a problem worldwide. We will all suffer badly if we go down this road," she said.