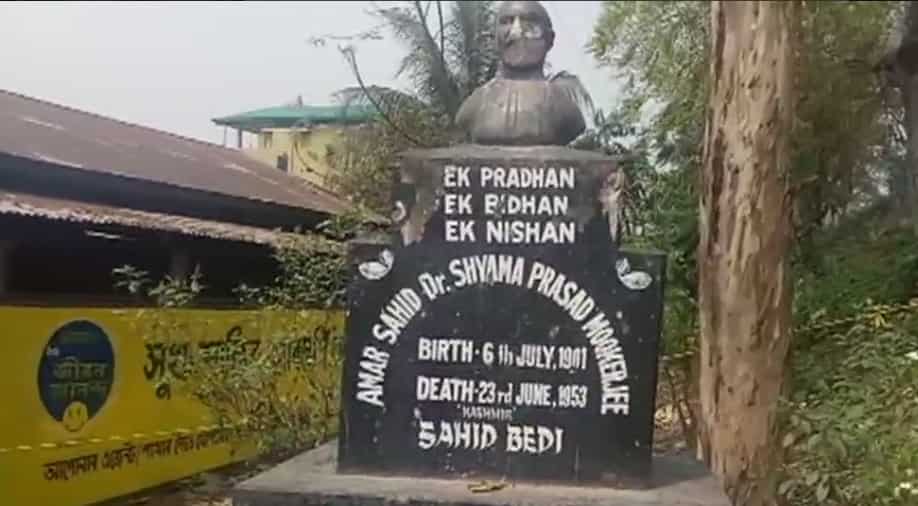 Chief Minister Sarbananda Sonowal strongly condemned the incident and said the government would not tolerate such acts.

The face of Mukherjee's statue at Rabindra Nagar area of the town was found damaged this morning. The locals immediately informed the police.

Korajhar Deputy Commissioner Niranjan Baruah, who rushed to the spot along with Superintendent of Police Rajen Singh, told newsmen that the statue was damaged apparently with a hammer and stones by miscreants in the early hours.

''Such acts of vandalism will not be tolerated,'' he said.

The Kokrajhar SP said stern action would be taken against the miscreants.

In a statement in Guwahati, the chief minister directed the Kokrajhar deputy commissioner and superintendent of police to take stern action and book the miscreants under relevant provisions of law.

He also directed the administration to step up the vigil and take all measures to prevent such vandalism.

A bust of Mukherjee was vandalised on March 7 in Kolkata by seven persons, including a woman, allegedly belonging to a left-wing group.

The accused were arrested from the spot. They had told a TV channel that they defaced and vandalised the Jan Sangh founder's bust to protest against the pulling down of communist icon Lenin's statues in Tripura.