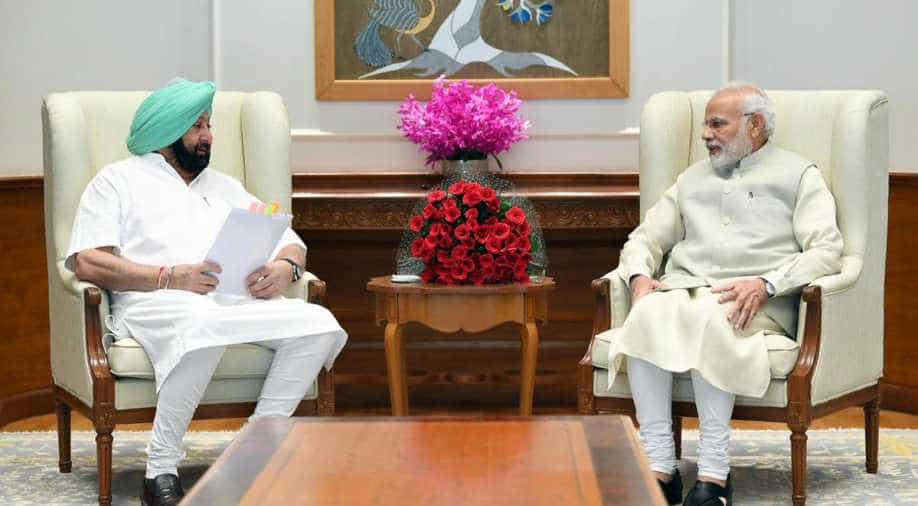 Captain Amarinder apprised Prime Minister Modi that the problem of stubble burning could get aggravated and needed to be urgently addressed.

Captain Amarinder apprised Prime Minister Modi that the problem of stubble burning could get aggravated and needed to be urgently addressed.

The Chief Minister also took the opportunity to thank the Prime Minister for the Central Government`s decision not to disturb the 60:40 ratio with respect to the appointment of officers in the UT of Chandigarh.

Captain Amarinder had, in recent weeks, expressed his strong protest over the constant efforts being made to disturb the fine balance in sharing of officers and other resources between Haryana and Punjab that had been achieved over a period of time after a great deal of effort.

He also urged the Prime Minister to ensure settlement of the Rs. 31000 crore CCL gap and requested for assistance for the preparation of the 550th birth anniversary celebrations of Sri Guru Nanak Dev ji.

Giving details of the meeting, an official spokesperson of the Punjab government later said the Chief Minister had urged Modi to advise the Finance Ministry to urgently settle the Rs. 31000 crore CCL gap on the principle of shared responsibilities.

Reiterating his demand for resettlement of gap in Food Cash Credit Account of Punjab, which had resulted from systemic and structural reasons, the Chief Minister told the Prime Minister that this should be settled on the principle of shared responsibilities amongst the stakeholders in the procurement of food grains for the country.

In fact, he pointed out, the matter had been discussed in detail in the internal report of the Ministry of Food and Public Distribution, referred to as the PK Jha Committee Report.

Noting that the Ministry of Finance, GoI, which was looking into the matter on a reference received from the Ministry of Food and Public Distribution, was yet to finalise the matter, Captain Amarinder sought the Prime Minister`s intervention to resolve the issue.

He urged the Prime Minister to advise the Ministry of Finance to reconsider and review the conversion of Rs. 31,000 crore as long-term loan as it cannot be solely attributed to the State of Punjab given the principle of shared responsibilities.

Citing similar commemorative events held in the past, when generous assistance packages were given by the Centre to the state government, the Chief Minister reminded the Prime Minister of his assurance that the Centre would provide due assistance to the Punjab government to celebrate the 550th birth anniversary of Sri Guru Nanak Dev ji next year in a befitting manner.

He also urged the Prime Minister to issue suitable directions to the Ministry of Culture and the National Implementation Committee, instituted in June this year, to provide the necessary support to the state to make suitable arrangements for the event. (ANI)