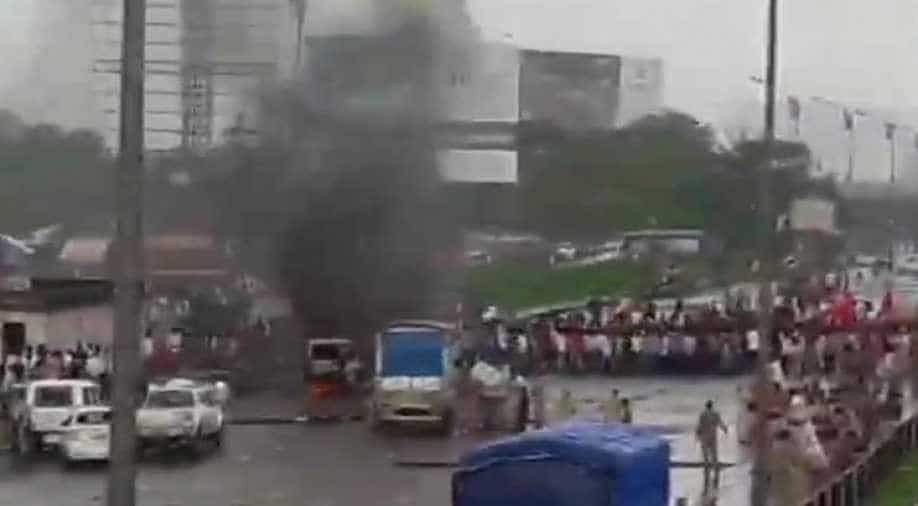 Security has been beefed up in Maharashtra as the Sakal Maratha Samaj, an umbrella body of Maratha groups, has called for a statewide bandh today.

The agitation has been called over the reservation issue.

A huge police contingent has been deployed in the state to keep a check on the situation.

The statewide bandh, excluding Navi Mumbai, would be observed in a peaceful manner from 8 am to 6 pm, a leader of the Sakal Maratha Samaj Amol Jadhavrao said.

Asking the community to maintain calm the leader also requested the members to not to commit suicide over the issue.

The protests will not include essential services like schools, colleges.

All departments and affiliated colleges of Dr Babasaheb Ambedkar Marathwada University, Aurangabad have been shut down in view of the bandh.

The Maratha community has been protesting across the state raising demands for reservation in government jobs and education.

Previously the Maratha Kranti Morcha had carried out protests in the state demanding reservations. The agitation had claimed the lives of several protesters.

The chief minister of the state had earlier assured that reservations would be provided to Marathas in accordance with the law.

Jadhavrao, however, alleged that Maharashtra Chief Minister Devendra Fadnavis was talking to only a handful of Marathas and trying to create confusion within the community.

The Bombay High Court had on Tuesday urged the Maratha community members to refrain from resorting to violence or committing suicide over their demand for reservation in government jobs and education.

The High Court was hearing a PIL filed by the Maratha Kranti Morcha, seeking quota and directions to the backward classes commission to submit its recommendations to the state on entitlement of such quota expeditiously.

Marathas, a politically influential community that constitutes around 30 per cent of the state's population, have been demanding a 16 per cent reservation. The community had earlier taken out silent marches across the state to highlight their demands, prominent among them being that of reservation.