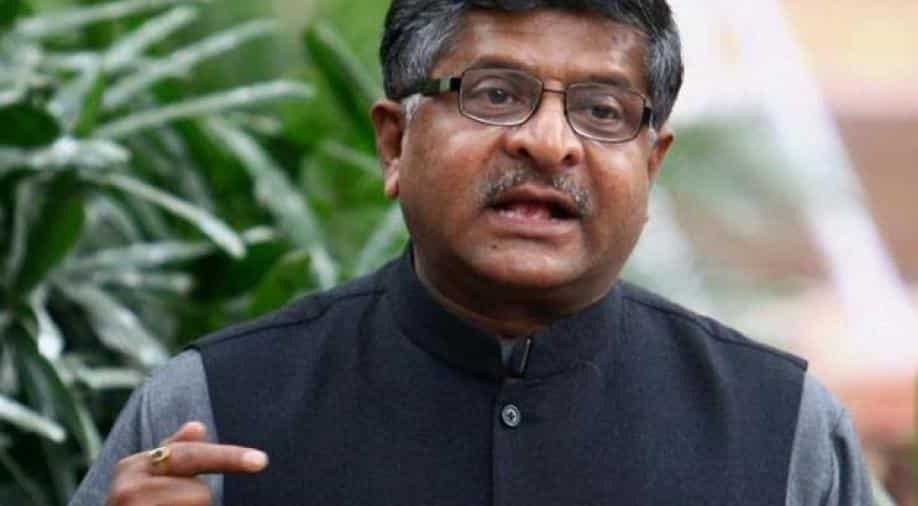 It is equally important that in-house corrective mechanism must exist with the Supreme Court at the apex to ensure discipline, propriety and in some way judicial accountability,' he added

Expressing concern over the incidents of judiciary stepping into the executive domain, Union Law Minister Ravi Shankar Prasad on Thursday sought the creation of an "in-house corrective mechanism" for judicial accountability.

"I am seeing a new trend happening. Some judges, two days before their retirement, give judgement of the questionable legal validity and sit on television for three days to justify it. I don`t think it is fair. The way PIL has been detained in some states, it seems as if they are parallel to the state government`s governance," he said speaking at the Independence Day celebrations organised by the Supreme Court Bar Association (SCBA).

Calling in-house a corrective mechanism, the Law Minister said that the role of the judiciary today has become a matter of trust for the country.

"It is equally important that in-house corrective mechanism must exist with the Supreme Court at the apex to ensure discipline, propriety and in some way judicial accountability," he added.

Prasad highlighted that several crores of rupees were allocated for the judicial infrastructure in the last five years of the Modi government.

Chief Justice of India Ranjan Gogoi, who was also present there on the occasion, in a veiled attack at some judges said that the judiciary has witnessed a surge in instances of "indecorous acts".

"Indian judiciary has, since some time past, witnessed an unprecedented rise in instances of indecorous acts which don`t align with the charter of our institution. Such instances of inappropriate behaviour have raised their ugly head in all courts, including the Supreme Court," he said.

Calling for urgent steps to end immoral behaviour, Gogoi said that stakeholders must quickly identify, isolate such animals and put them to quarantine.

"Graceful, pleasing and pleasant discourses and deliberations are increasingly being replaced by loud and motivated conduct. It is important that stakeholders quickly identify and isolate such animals and put them to quarantine," he added.

"It is time for all of us to introspect and redraw the lines that ought to bind each of the stakeholders to ensure that decorum and dignity of this great institution is not lost so that the meritorious enjoy space and are able to contribute to the good of the institution and steer it to new standards of excellence," CJI Gogoi said.