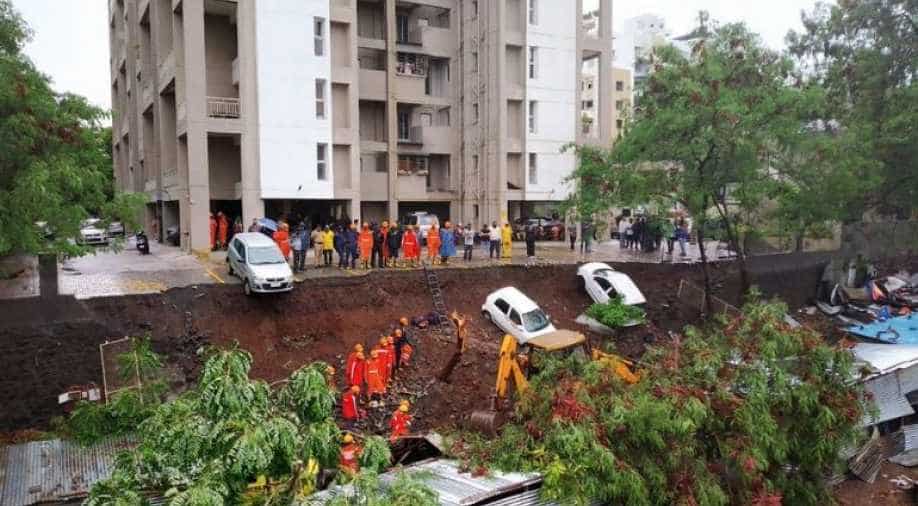 Pune Police yesterday arrested them in connection with a wall collapse incident in which 15 people lost their lives.

Both Vipul and Vivek Agrawal were developers of Alcon Stylus housing society.

Pune Police yesterday arrested them in connection with a wall collapse incident in which 15 people lost their lives.

An FIR had been registered against eight people, including construction builders, site engineer, and construction supervisor at Kondhwa Police station.

All accused have been booked under Section 302 and 34 of the Indian Penal Code (IPC).

Maharashtra Chief Minister Devendra Fadnavis announced an ex-gratia of Rs 5 lakh to the kin of the people killed and also ordered an inquiry.

A three-member team has been formed to probe the wall collapse incident. Maharashtra Revenue Minister Chandrakant Patil also announced that the NDRF will give compensation of Rs 4 lakh to families of 15 Bihar-based workers who lost their lives.

Meanwhile, the Bihar government has announced an ex-gratia of Rs 2 lakh for kin of the victims and Rs 50,000 for the injured who hail from the state.

At least 15 people died while three others sustained injuries after a portion of a wall collapsed near Talab Masjid in Kondhwa area of Pune in the wee hours of Saturday.

An official from the National Disaster Response Force (NDRF) told ANI that the wall collapsed due to heavy downpour in the city.