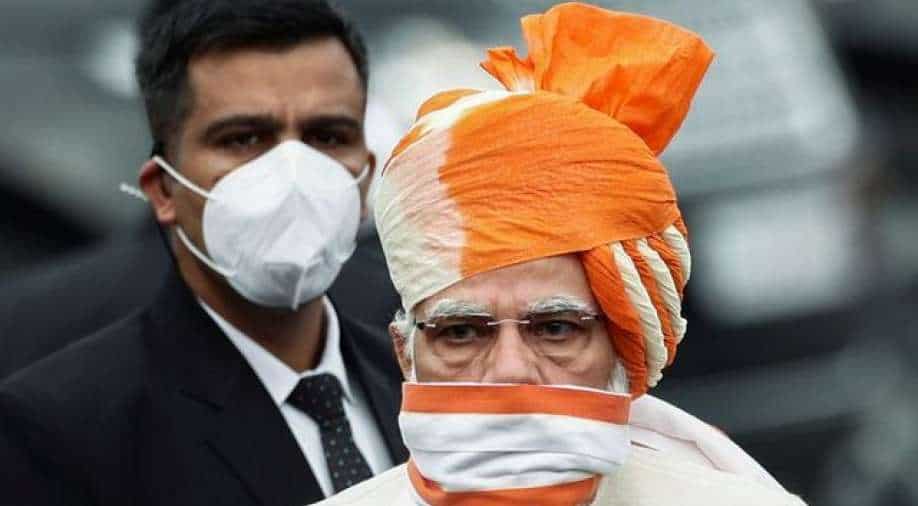 Pakistan Day is celebrated to mark the Lahore Resolution on March 23, 1940 when the All-India Muslim League demanded a separate nation for the Muslims of India.

Indian Prime Minister Narendra Modi has written a letter to his Pakistani counterpart, Imran Khan, on the occasion of "Pakistan Day".

Pakistan Day is celebrated to mark the Lahore Resolution on March 23, 1940 when the All-India Muslim League demanded a separate nation for the Muslims of India.

"India desires cordial relations with Pakistan but an atmosphere of trust, devoid of terror and hostility, is 'imperative' for it," Modi said in his letter to Khan.

Modi also extended greetings to the people of that country on the occasion of Pakistan Day.

"As a neighbouring country, India desires cordial relations with the people of Pakistan. For this, an environment of trust, devoid of terror and hostility, is imperative," he said.

This reportedly is a routine letter sent every year.

Modi also conveyed his best wishes to Khan and the people of Pakistan in dealing with the challenges of the coronavirus pandemic.

It is learnt that a separate message was sent by President Ram Nath Kovind to his Pakistani counterpart Arif Alvi.

Last month, the Indian and Pakistani armies recommitted themselves to the 2003 ceasefire on the Line of Control (LoC) in Jammu and Kashmir.
On Monday, a delegation of Pakistani officials arrived in India for a meeting of the permanent Indus commission. It is the first such dialogue in over two-and-a-half years.

Last week, Foreign Secretary Harsh Vardhan Shringla said India desires good neighbourly ties with Pakistan and is committed to addressing issues, if any, bilaterally but added that any meaningful dialogue can only be held in a conducive atmosphere. He said the onus is on Islamabad to create such an atmosphere.

The relations between the two countries nosedived after India withdrew special status of Jammu and Kashmir and bifurcated the state into two union territories in 2019.