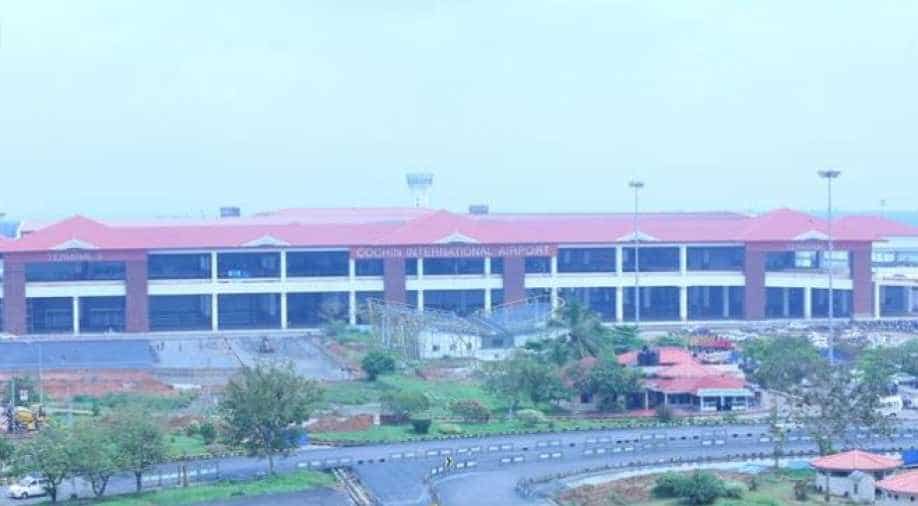 During his brief stopover visit on Saturday, Modi hailed the Cochin International Airport Limited (CIAL) for being the world's first fully solar-powered airport, a statement issued by the CIAL said on Sunday.

Impressed by the fully solar-powered operations at the Cochin International Airport, Prime Minister Narendra Modi has said it should be an inspiring model for energy guzzlers and suggested that stadiums can tap the natural resource for achieving power neutrality.

During his brief stopover visit on Saturday, Modi hailed the Cochin International Airport Limited (CIAL) for being the world's first fully solar-powered airport, a statement issued by the CIAL said here on Sunday.

During a discussion with CIAL Managing Director VJ Kurian, the prime minister endorsed the effort in tapping green energy for operating the airport, which has won it the United Nations Champions of the Earth award in 2018, the statement said.

The CIAL model of solarisation should inspire all other high-energy consumers, Modi said, adding that the possibilities of laying solar panels at probable locations needed to be explored. He also suggested that the roof of the galleries of stadiums could be used for that.

"Achieving power neutrality for big energy consumers is important for our country," the CIAL statement quoted the prime minister as having said.

Modi also instructed the CIAL to render its expertise for a massive deployment of solar energy, in tune with the International Solar Alliance (ISA), an organisation of 78 countries which was formed by his initiative.

The prime minister was in Kerala on Saturday. He offered prayers at the famous Lord Krishna temple at Guruvayur in Thrissur district.

Modi met the CIAL officials before leaving for Maldives from the airport here on Saturday afternoon.

The CIAL at present is one of the largest green energy companies in the country with a total installed capacity of 40 MWp.

The airport, on an average, receives 1.62 lakhs units of power a day from the solar plant, whereas the daily consumption stands at around 1.52 lakhs units.

The airport achieved the status of power neutrality in August, 2015.

\The statement said Kurian handed over a memento and a brochure to the prime minister, which includes his tweets on the CIAL.