Kerala is as significant to me as Varanasi: PM Modi in Guruvayur 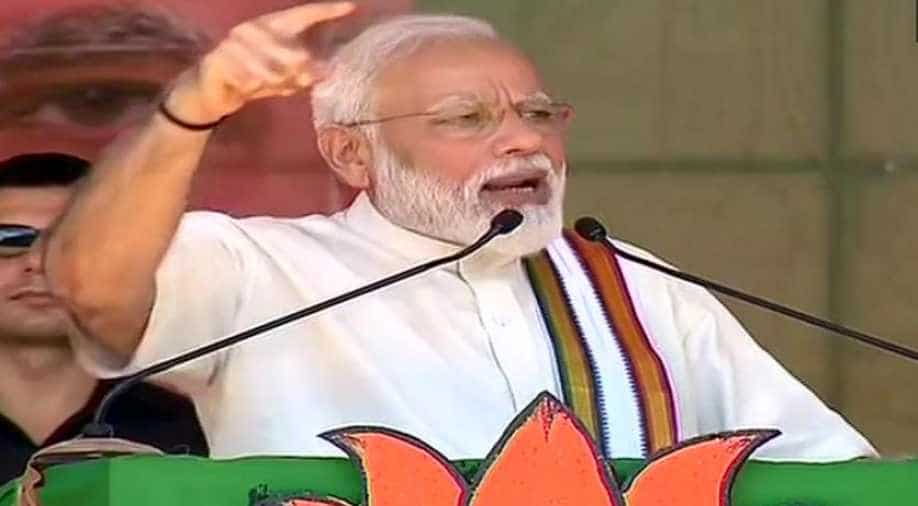 PM Modi said that he has dedicated himself to the service of the nation and that the responsibility of 130 crore citizens of the country is an important one.

Prime Minister Narendra Modi on Saturday addressed a public meeting, his first after securing his second term, in Kerala's Guruvayur town. After offering prayers at the Guruvayur Temple, the prime minister thanked state BJP workers for their dedication and hard work and expressed gratitude to the people of Kerala for participating in the general elections.

"I applaud everyone for participating in the democracy," the prime minister said, adding that "government or no government, my goal will always be to serve the country".

"It is our culture to thank people and show gratitude. I had to come here, even if we were not able to open account in the state this general election." he said.

He said that Kerala holds the same significance for him as his parliamentary constituency, Varanasi.

"Kerala is as significant to me as Varanasi," PM Modi said.

PM Narendra Modi in Guruvayur, Kerala: Some Pundits think that BJP could not open its account in Kerala but Modi is going there to thank people. What is in his mind? But this is our culture, our thinking. pic.twitter.com/w3lFrJy6QZ

He said that he has dedicated himself to the service of the nation and that the responsibility of 130 crore citizens of the country is an important one.

PM Modi arrived in Kochi, Kerala on the intervening night of Friday and Saturday. On Saturday morning he offered prayers at the Guruvayur Temple in Thrissur.

The prime minister is set to embark on the first foreign visit of his second term. He will be visiting the Maldives after which he will head to Sri Lanka on Sunday.

Meanwhile, Congress president Rahul Gandhi was at his parliamentary constituency, Wayanad in Kerala and held a roadshow in Kalpetta.