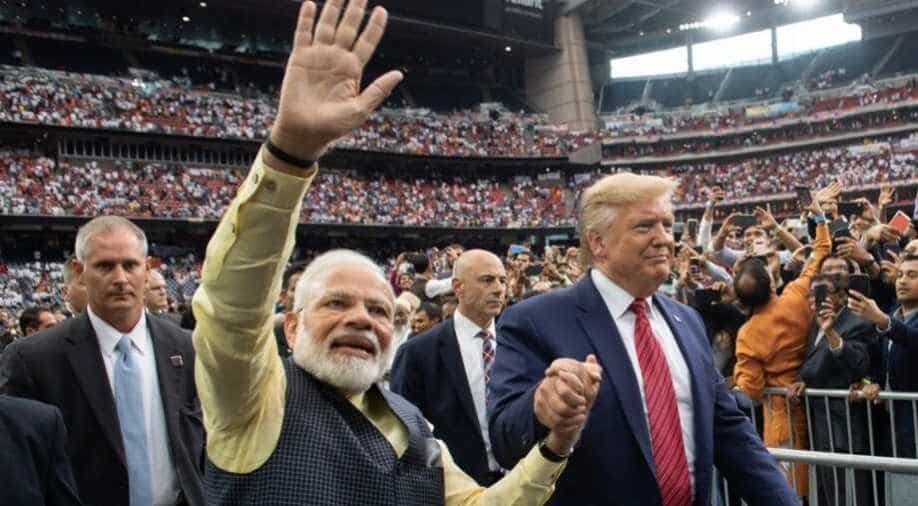 Prime Minister Narendra Modi on Sunday (local time) hailed the Indian-American community for its contributions in providing new heights and dynamics to the warm and friendly ties shared by India and the United States.

"You all have set the stage for a glorious future as far as India-USA ties are concerned. I thank you all for your team-work," the Prime Minister told the crowd gathered at the community reception in Houston.

Citing the relevance of the Mahatma's principles in the contemporary world, the Prime Minister said, "The Eternal Gandhi museum will be a prized cultural landmark in Houston. I have been associated with this effort for a while. It will surely make Gandhi Ji's thoughts popular among the youth."

During the same event, the Prime Minister also inaugurated the Gujarati Samaj of Houston Event Centre and Shri Siddhi Vinayak Temple in the US city of Texas.

"Wherever we go, we should stay connected with our mother tongue, it has its own strength. You're making a centre for Gujarati community, I request you to never grow distant from your mother tongue. This effort should be continuous for the upcoming generations," Modi stressed.

In his concluding remarks, the Prime Minister further urged the Indian Diaspora to send at least five non-Indian families to India as tourists.

The Prime Minister said, "People don't visit a country after looking into maps. They do after somebody tells them about a place and its attractions.

"The reception follows the 'Howdy, Modi!' at NRG Stadium that saw nearly 50,000 people attending gala-event. The Indian Prime Minister shared the stage with US President Donald Trump and addressed issues such as terrorism, border security and energy cooperation between the two countries.

The Prime Minister has now emplaned for New York to attend the 74th session of the United Nations General Assembly.